After breakfast and saying goodbye since the tour was over, we headed to the bus to Victoria Railway Station. We got on the train to East Croydon. A very pleasant ride. Once again, you can get just about anywhere on the transit system here. Out of the station the tram was there, and we took it to Lloyd Park for some disc golf. We went into the brown snack building, borrowed some discs, and headed out to the course. At the first tee, 3 locals were getting ready to tee off. They were kind and let me borrow 2 discs and let me play along with them. I birdied 13, and finished 12 over. The stinging nettles and blackberries made the course kind of nasty if you went off the fairway. Otherwise a decent course. Gwyn was going to walk with me, but when we saw the locals, she said to go with them, and she would stay behind in the park. It tuns out that she was bored, as there was really nothing else to do at the park. She met some dogs, but… When I got back, we hemmed and hawed a bit about whether to go to Brighton or not. A station person helped us with tickets since it was only an hour to Brighton, so off we went!

We boarded the train. 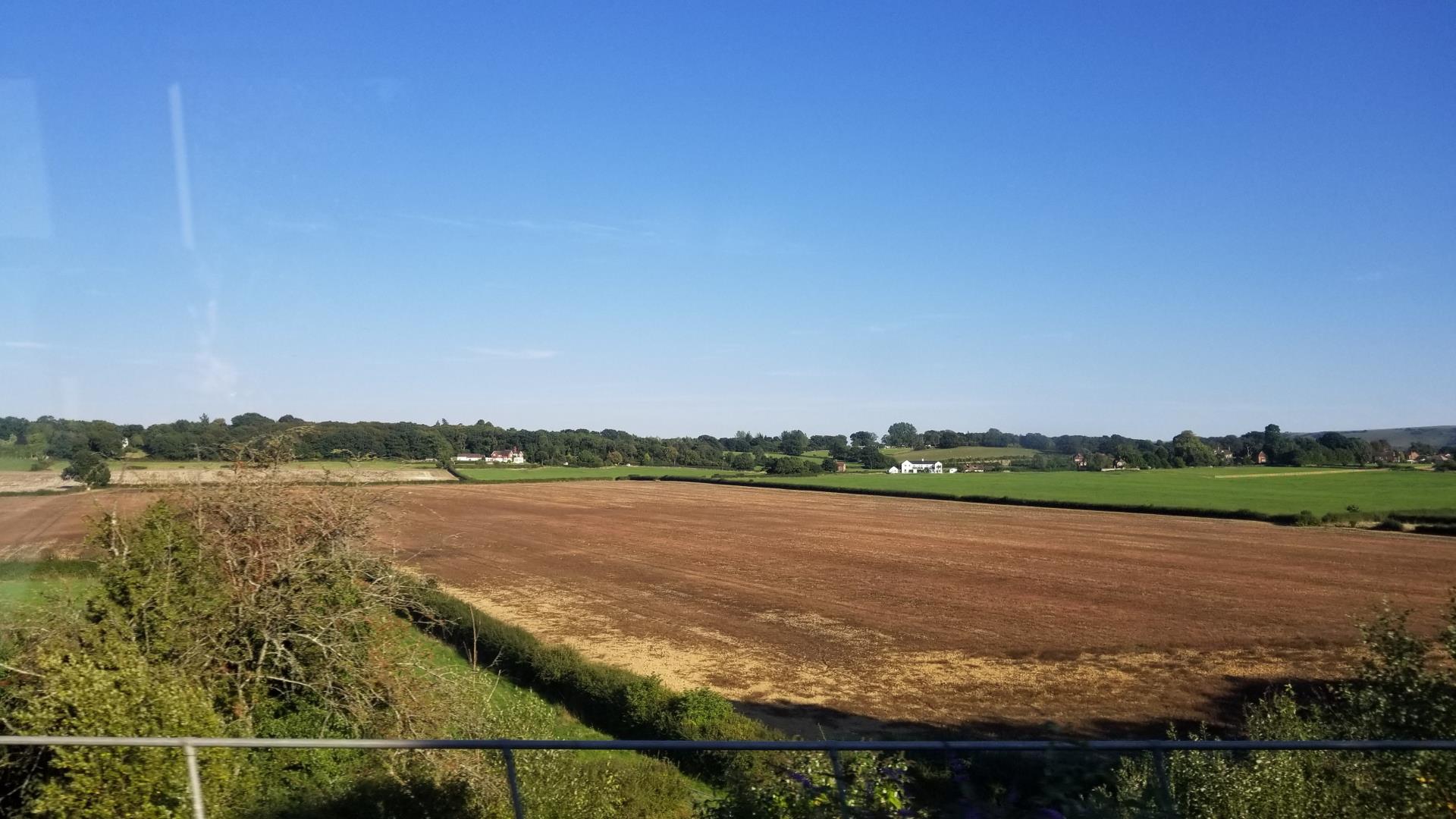 Passed many open fields and towns. We stopped at the Pret A Manger in the station for lunch, then walked to the shore. As we walked we passed lots of shops. About half way down you could see the water in the distance. We crossed the last street and headed to the water. Down the steps to the smooth rock beach. We wanted to dip our toes in the water, and those smooth stones hurt like a mother! 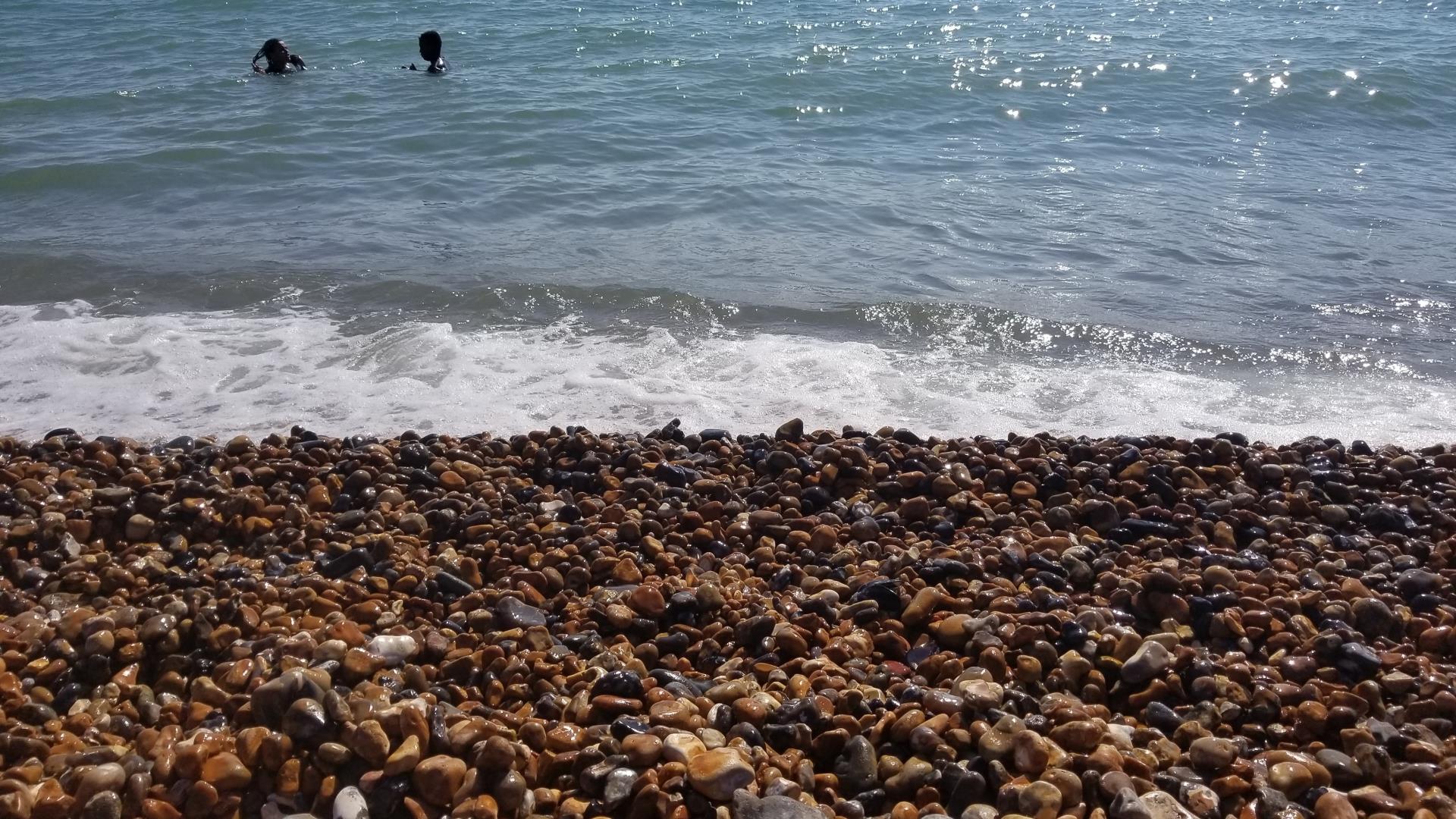 We did get our feet wet, but not for long. Shoes back on, we walked out to the pier. Food, rides, and people. We had some Ben & Jerry’s ice cream, and sat and people watched. We headed off back into town, and there was an auto race going on. Lots of bars right on the street across from the beach. 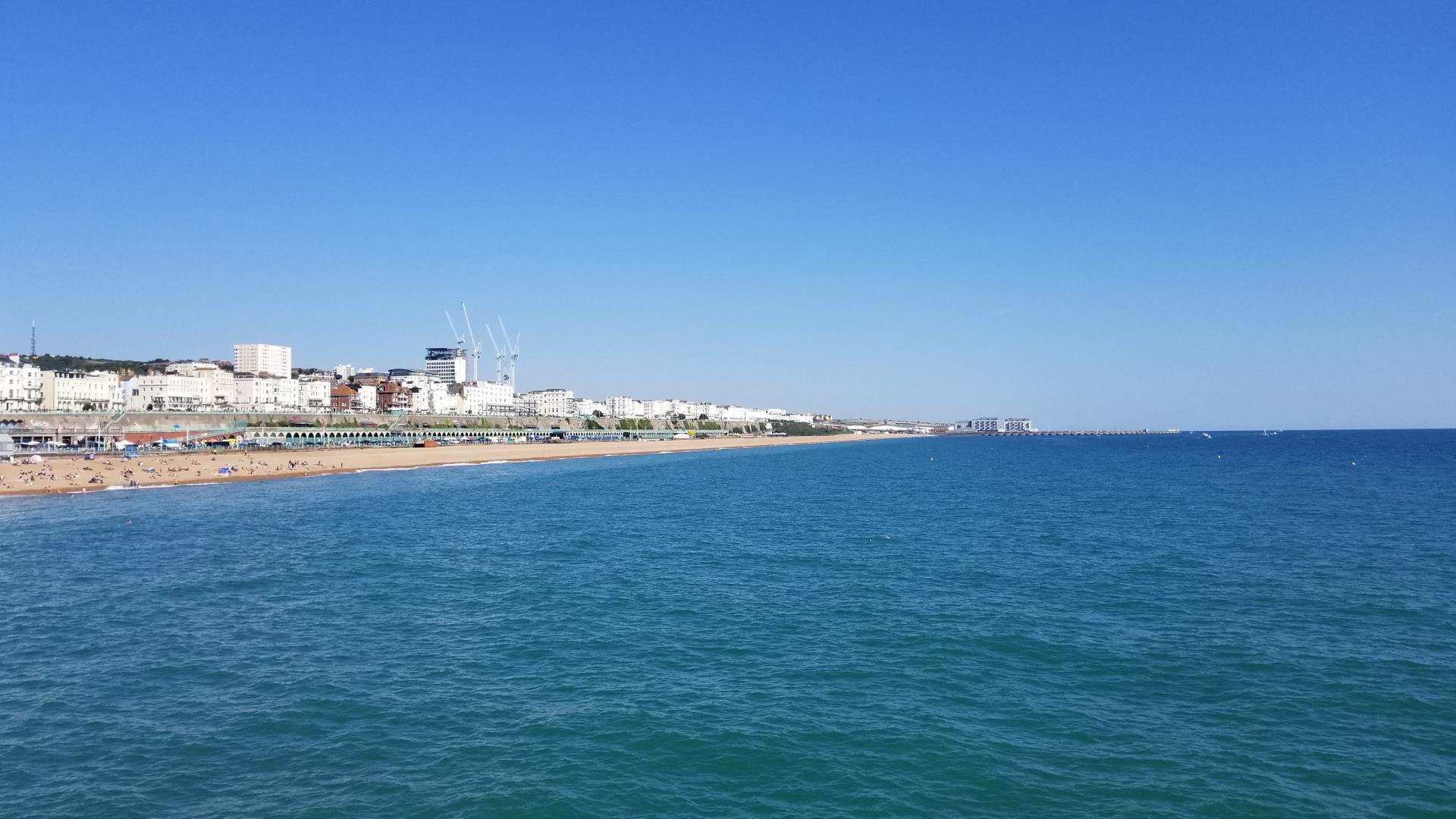 Heading back to the train station, we walked past a fountain where the seagulls were having a right old time bobbing and playing. Back at the train station we waited about 15 minutes, then headed back to East Croydon.

The train was going all the way back to London Victoria, but we needed to get off and use our Oyster card from there to London Victoria. Took the bus back to the hotel, stopping by the Pret A Manger for supper back in the room. We watched Star Wars while we unwound from the day, and also packed since we were going home tomorrow. 20,669 steps for the day.