Borough Market and the South Bank 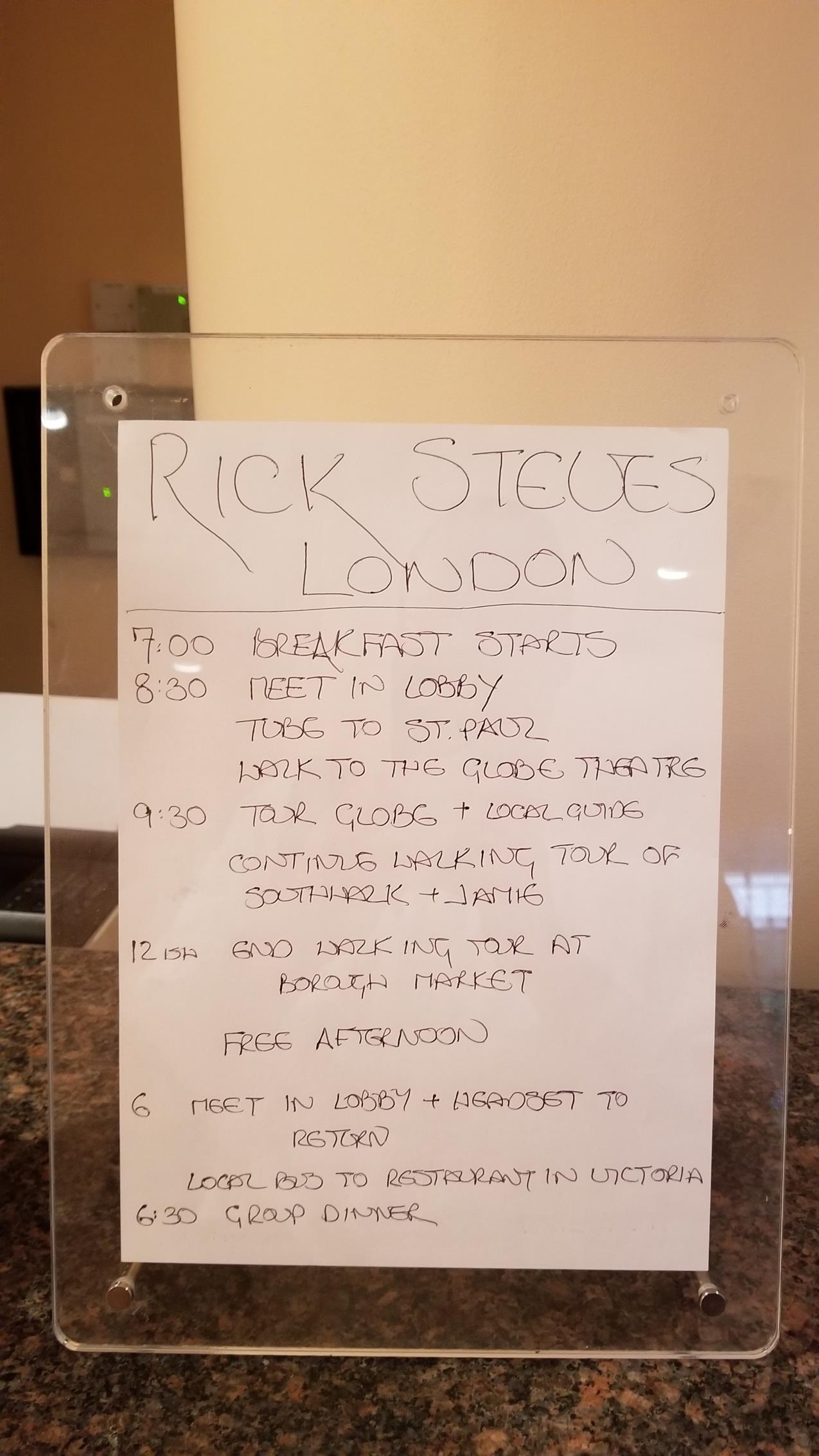 After breakfast, to the Tube and to the Globe theater. To get there we got off at St Paul station and walked across the Millenium Bridge, or the Wibbly Wobbly bridge. St Paul was behind us, a beautiful backdrop. The Tate Modern was in front off of the bridge.

We toured the Globe Theater, an open theater that performs rain or shine. They were going to rehearse a play, so we got to see about 10 minutes of that. The tour guide told us that the area in front of the stage back in Shakespeare's day would hold 1,000 people. The plays ran for hours, and you had a drink in your hand. If you had to go, you just went were you were standing since they were packed in like sardines. It cost a penny to get in, and the people down here were stinky to say the least. The Globe is the only building in London allowed a thatched roof. They were outlawed after the Great Fire of 1666.

Outside we saw plaques of Cleese and Pallin. John paid for the two plaques, and had Michael Palin's name misspelled. But, his stone was bigger than John's so the joke is on John! Then we walked to Borough Market. Many wonderful and delicious foods are available. I had a meat pie and chocolate raspberry cake 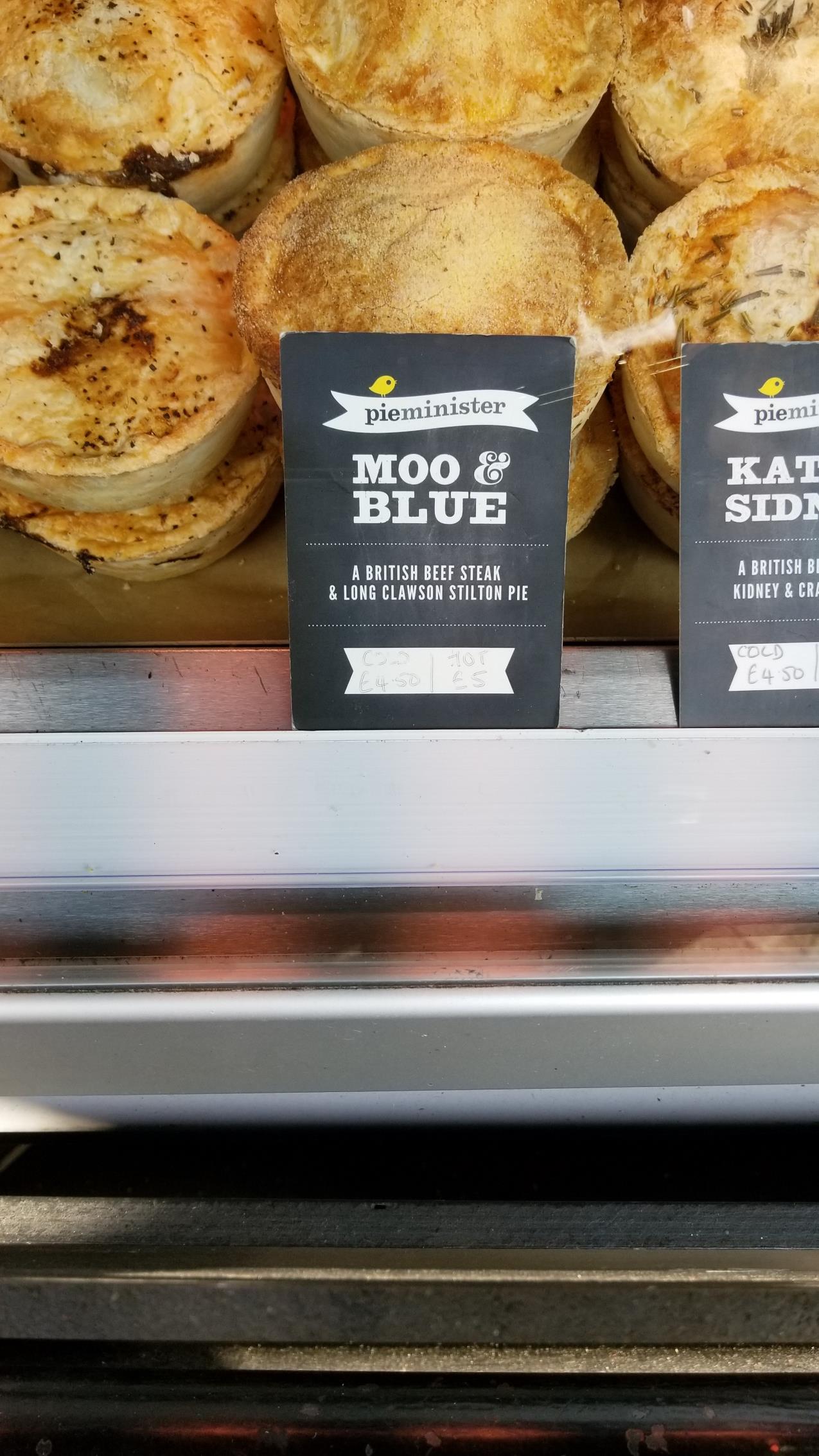 . Our tour was over for the day, so we then walked to the Tower Pier to catch a boat to Greenwich. Walked past Tower of London to get to the pier. The boat ride was nice. We even passed the place where the Mayflower left England. I am descended from the Howland family that left on the Mayflower to reach America. We stopped at the Greenwich Market, and we found our dating bands in a small stall for £5 each. 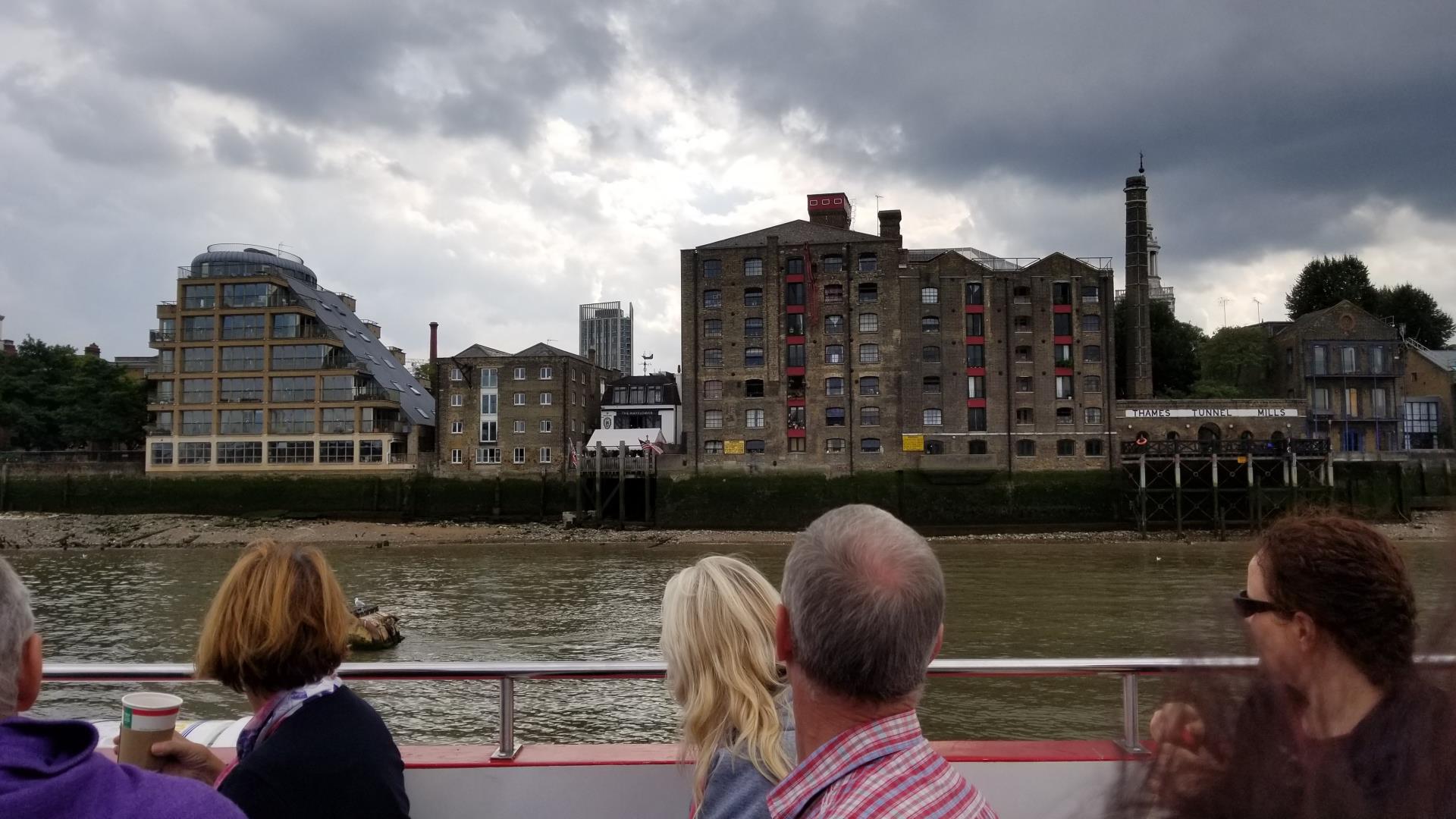 We also found this pillow 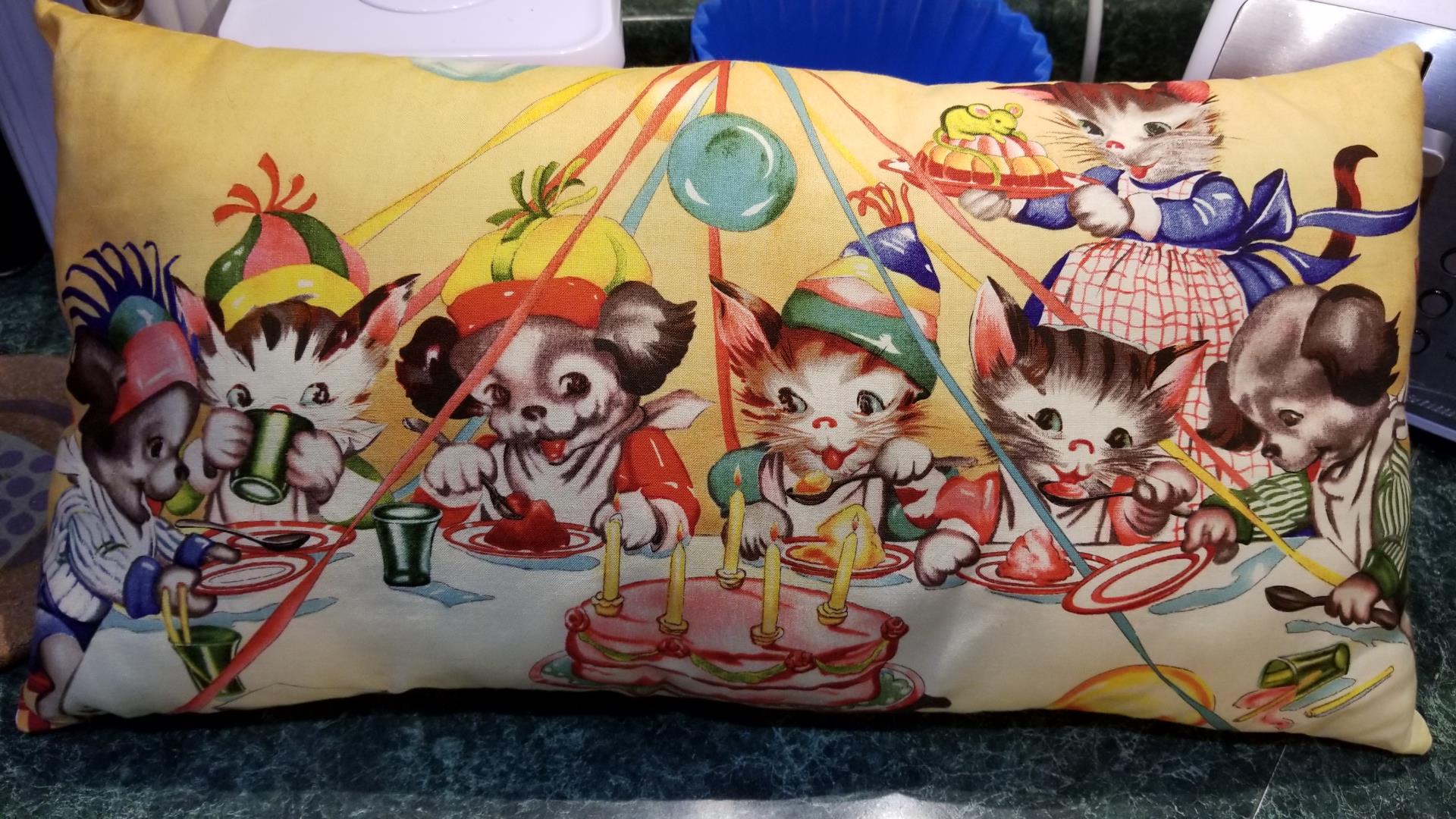 , that is the artwork of Ruth E. Newton, a book that my Grandmother Bailey had which I read when I was young, and now have in the house. We almost went under the Thames river via a tunnel, but Gwyn was anxious. And I found out later that it leaks a bit, making it even more exciting! 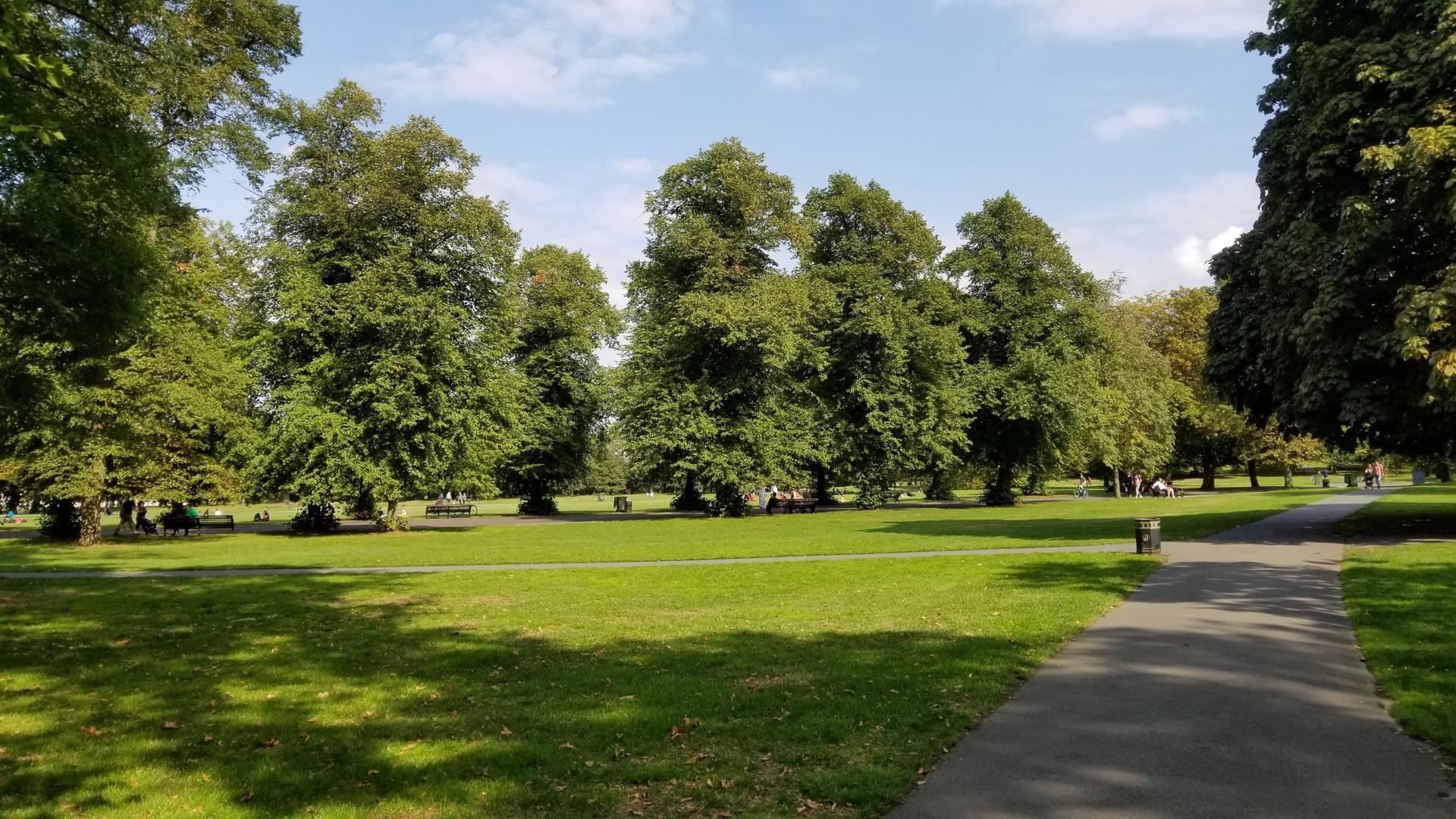 So we walked by the National Maritime Museum buildings and up to the Royal Observatory. Walked through a beautiful park. When we got to the top of the steep hill by the Observatory, we were treated to a beautiful view of the city of London 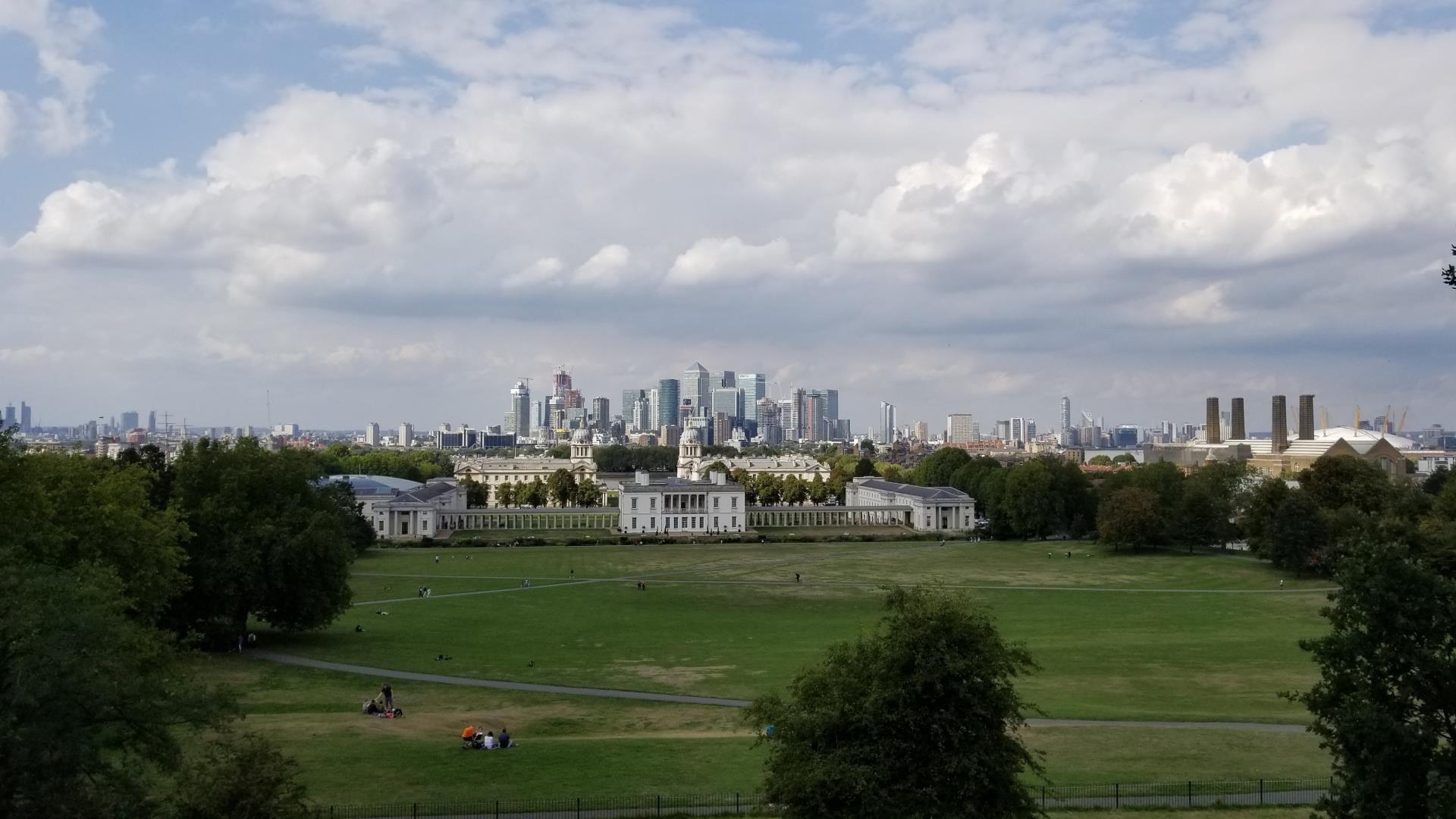 . We then found the prime meridian with a terribly weathered plaque. Considering how important it is, this was the first one that I have seen in such disrepair. We walked back through the park and saw a jack russell terrier scampering about. 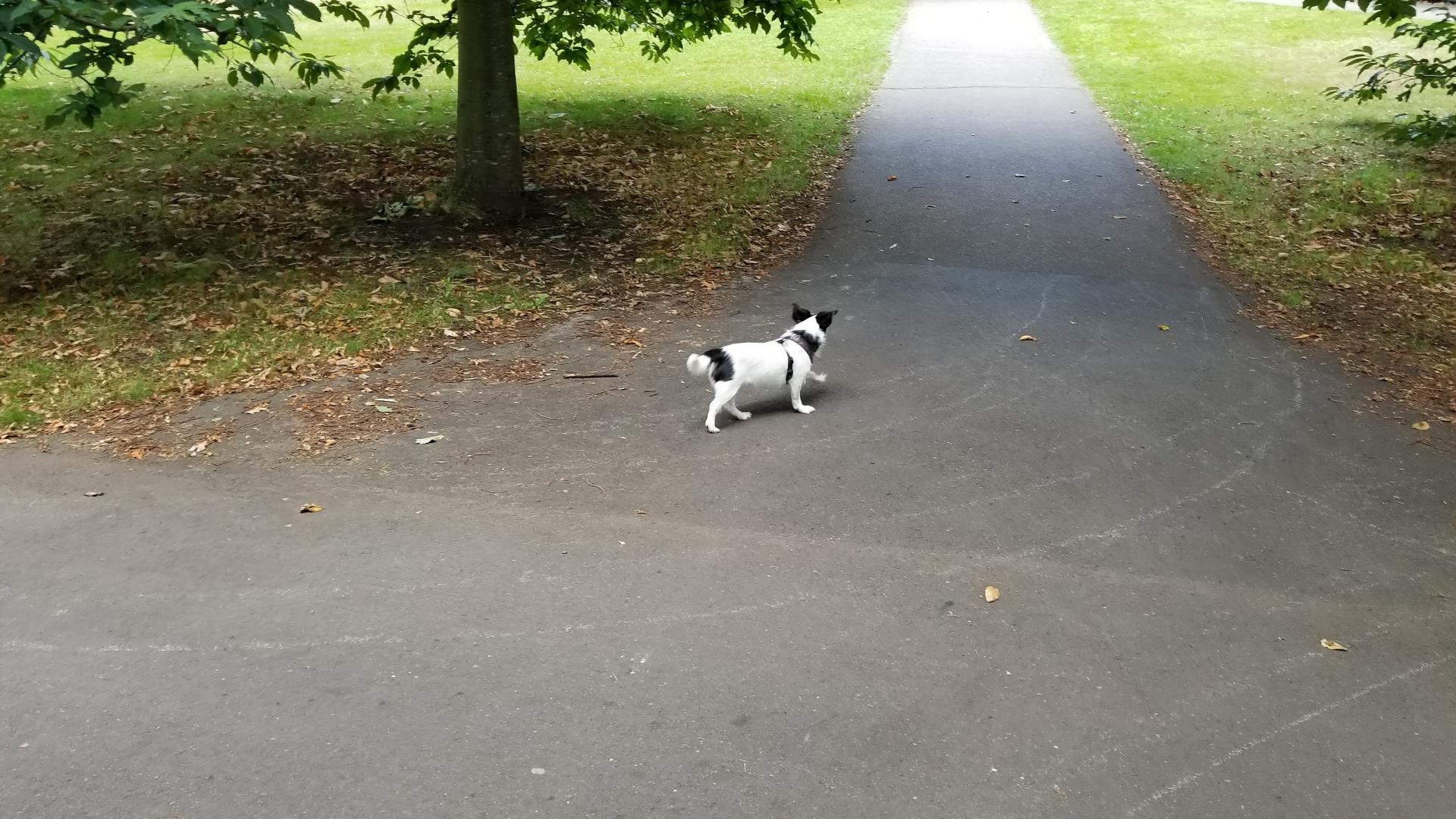 We waited for the boat, and then upon return we walked over the Tower Bridge. Someone was selling ice cream but blocking traffic with their vehicle so the police told them to move along. Walked to the tube, and back to the hotel.

For our last meal as a group, we took the 38 Victoria bus to Victoria Railway Station, and then walked to About Thyme for a fabulous supper. The salmon, then the stuffed chicken, and the tart were all wonderful. 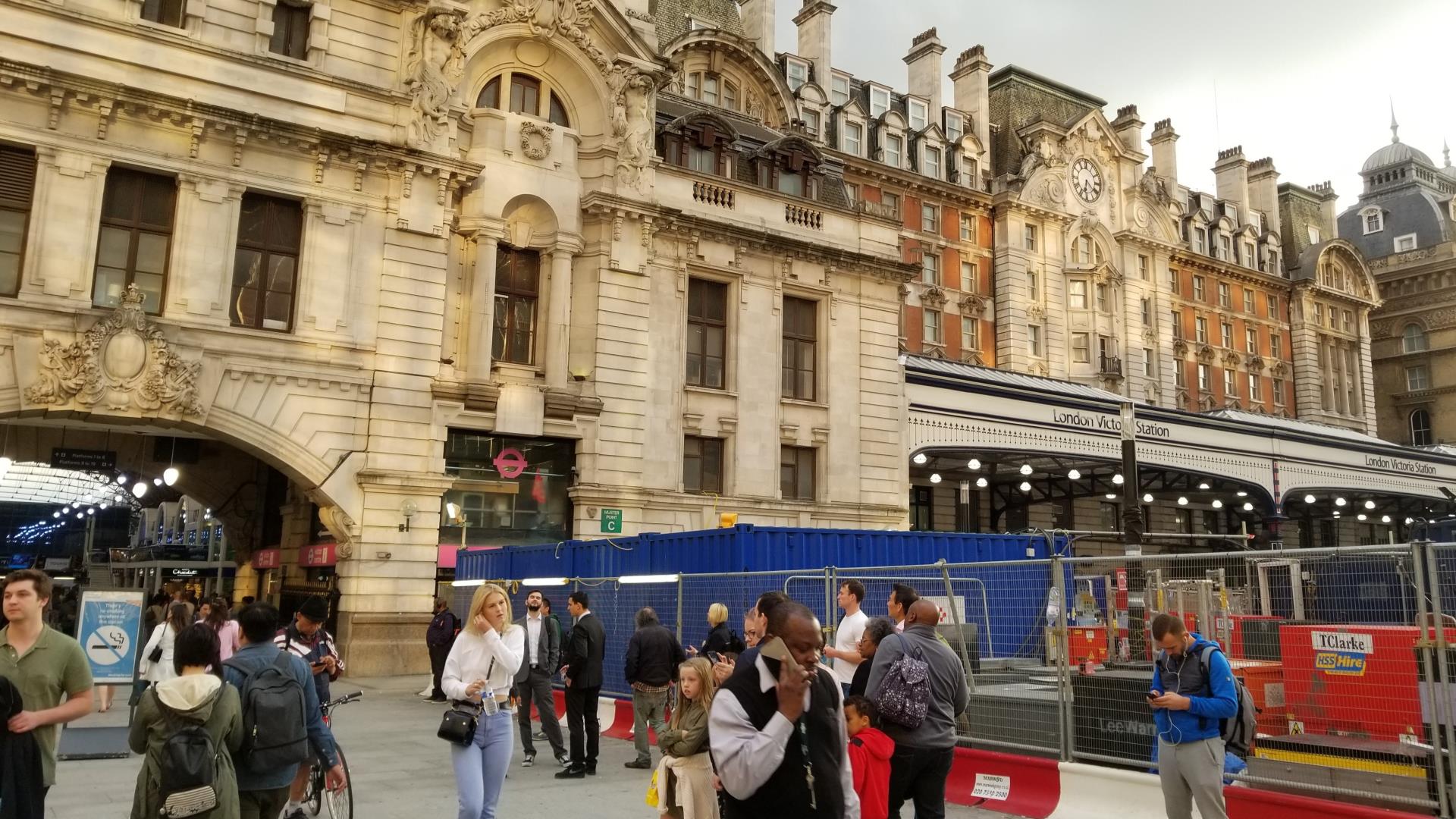 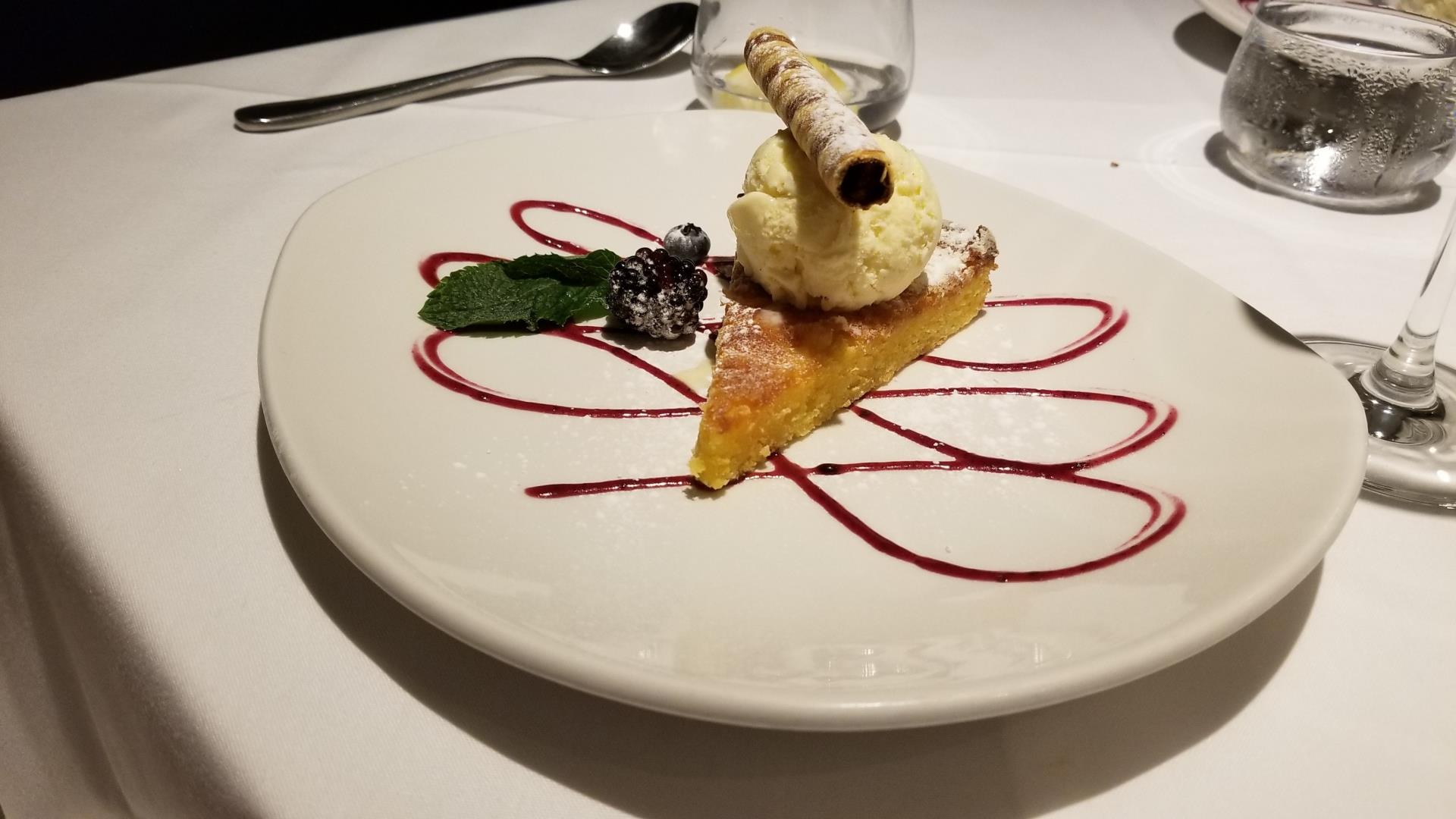