The Tower and The City 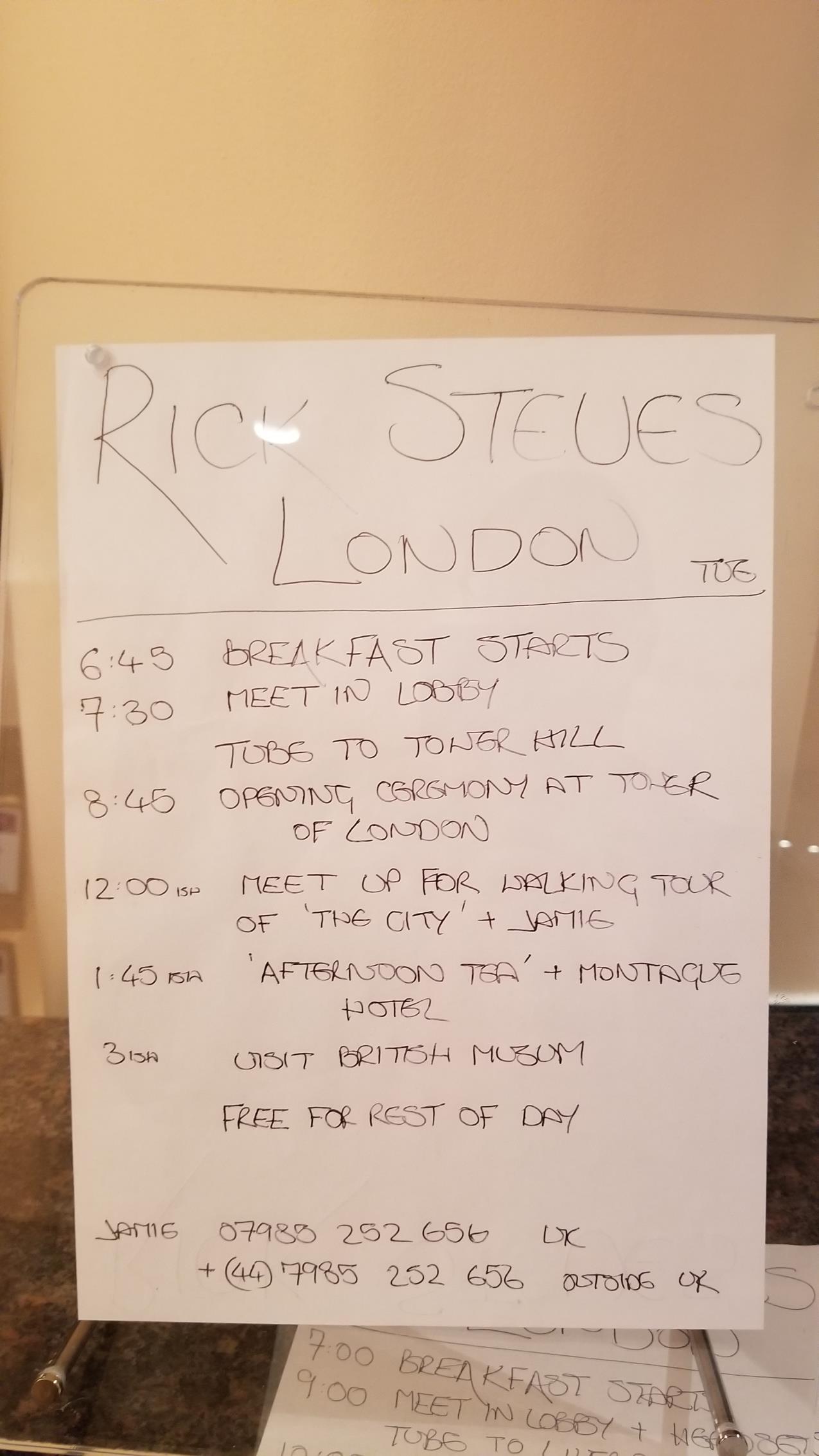 An early start today. Out at 7:30 and on to the Tube to the Tower of London. The hustle and bustle of the city was on full display today, as we were in the heart of rush hour in the city. Even so, it was orderly, with people darting here and there to get to there destinations. Once on the Tube, a nice ride as always.

When we left the Tube, we saw part of the remaining Roman wall that defined the city back in Roman times. What was amazing was that you could walk right up to it and touch it, a wall from that era!

Some of the views of the outside of the Tower of London. 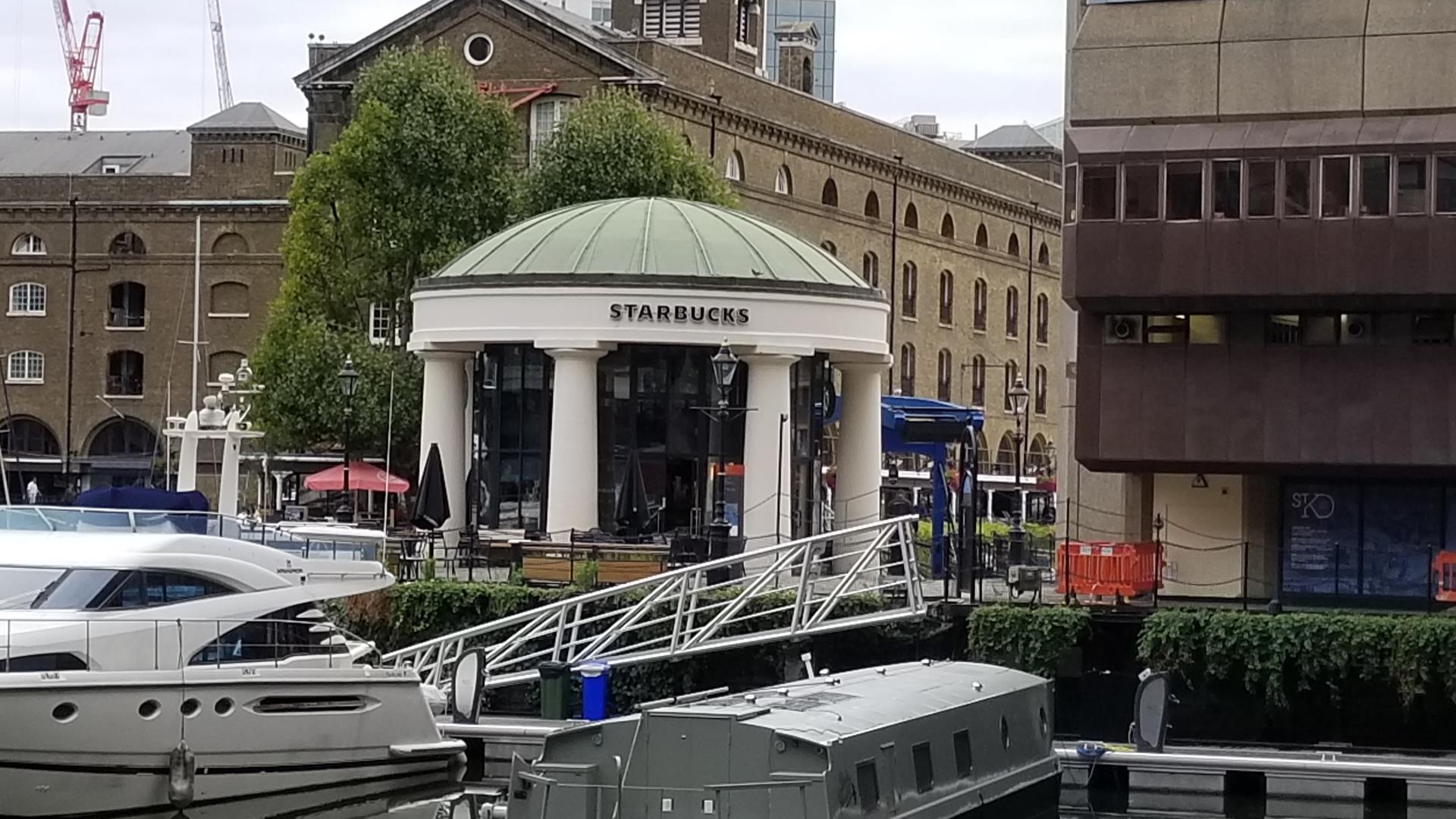 We walked along the Thames a bit before our tour started. We got to see the official key ceremony that is used to unlock the main gate. Started in the 1300s with Henry VIII. He did not like the masses just walking in at all hours of the night. As a tour, we were able to be there as they unlocked the gates for the commoners. 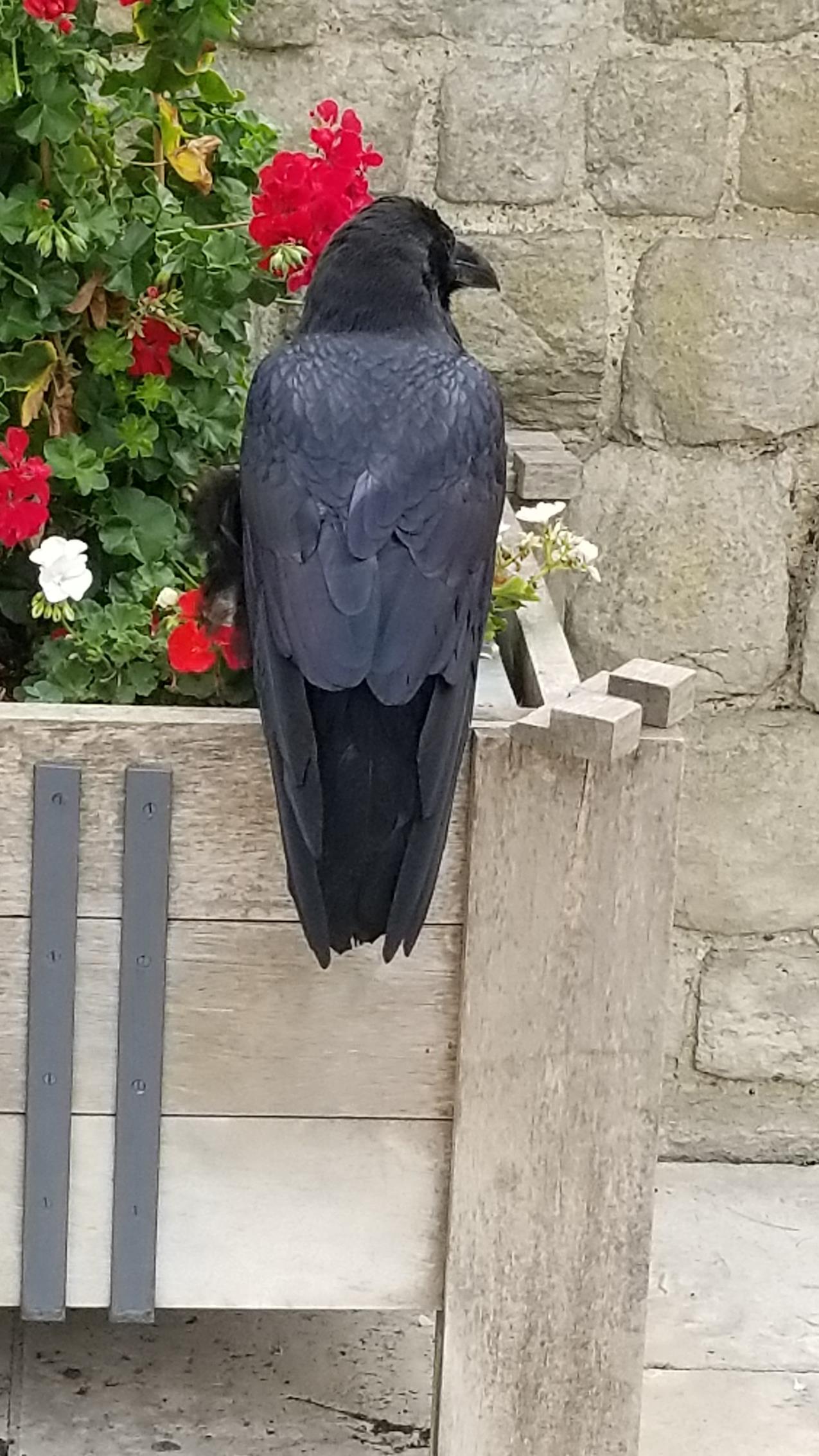 We were first in line for seeing the royal jewels since we were part of a tour group. Impressive, but I thought there would he more. Maybe some were on loan. We wandered around the castle and the grounds, seeing ravens and learning about General Wellington. He was an impressive figure by the information that was presented through the tour. He was the Irish-born commander of the British army during the Napoleonic Wars and later prime minister of Great Britain, for example.

Some of the items in the Tower 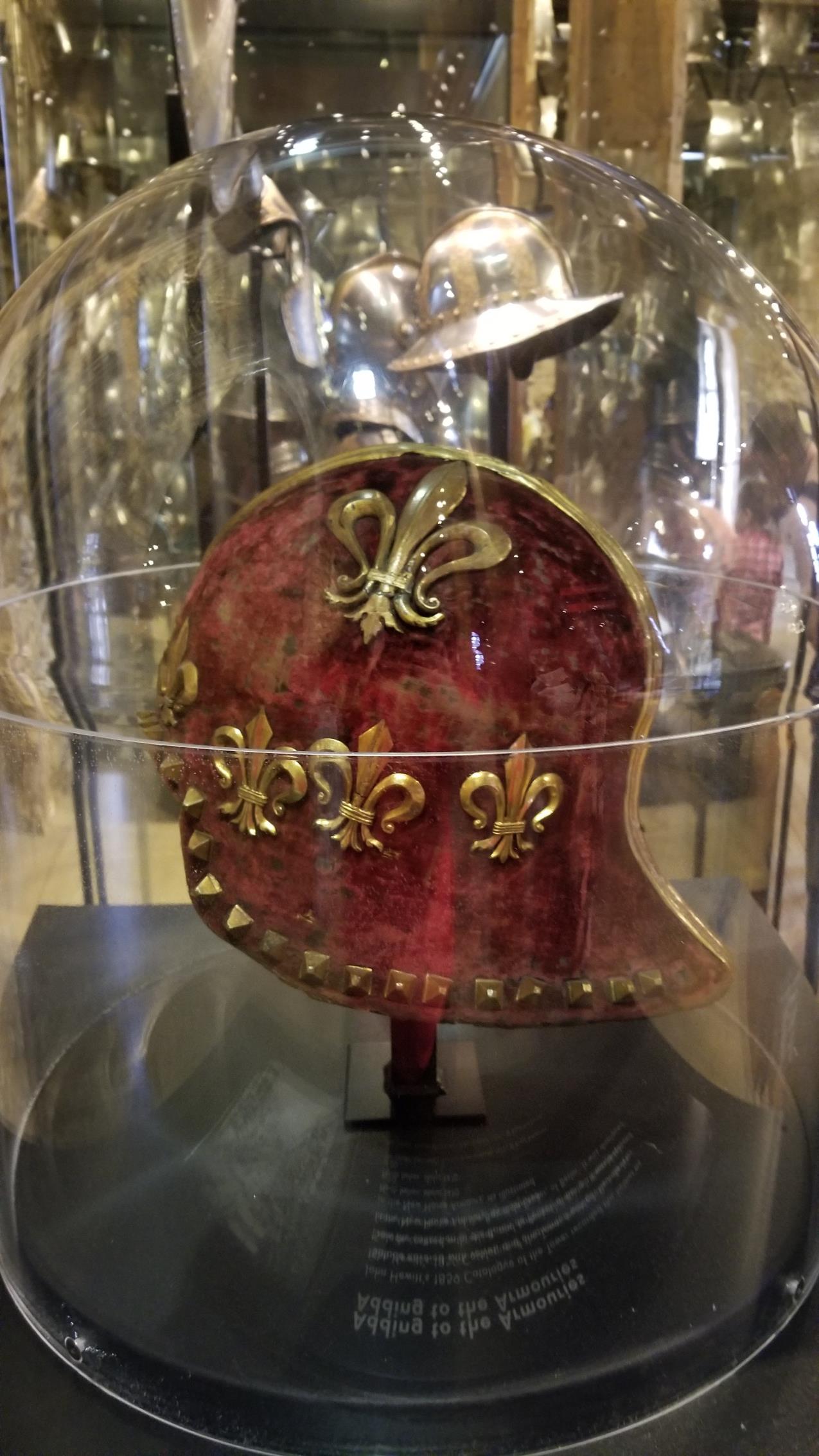 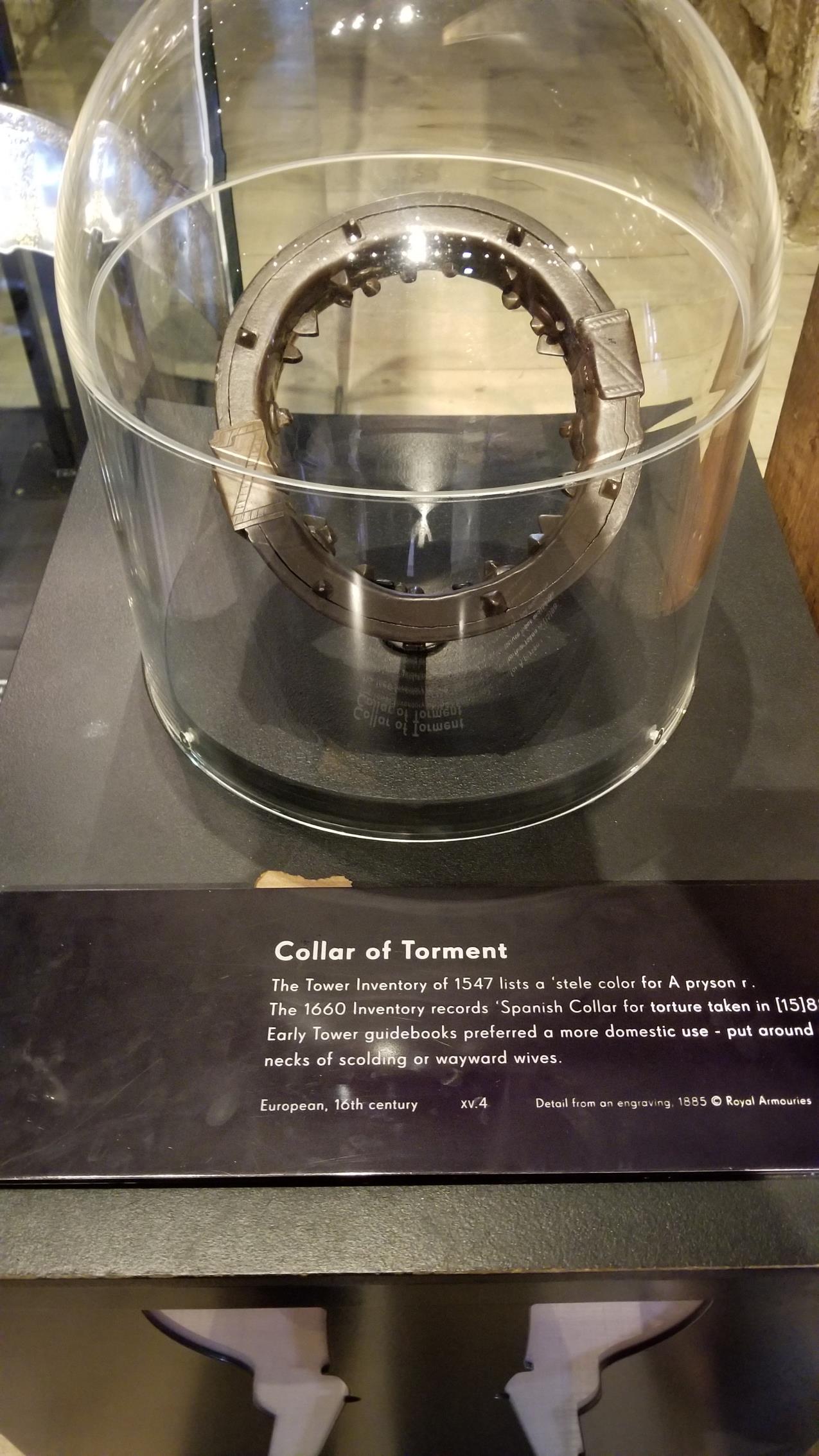 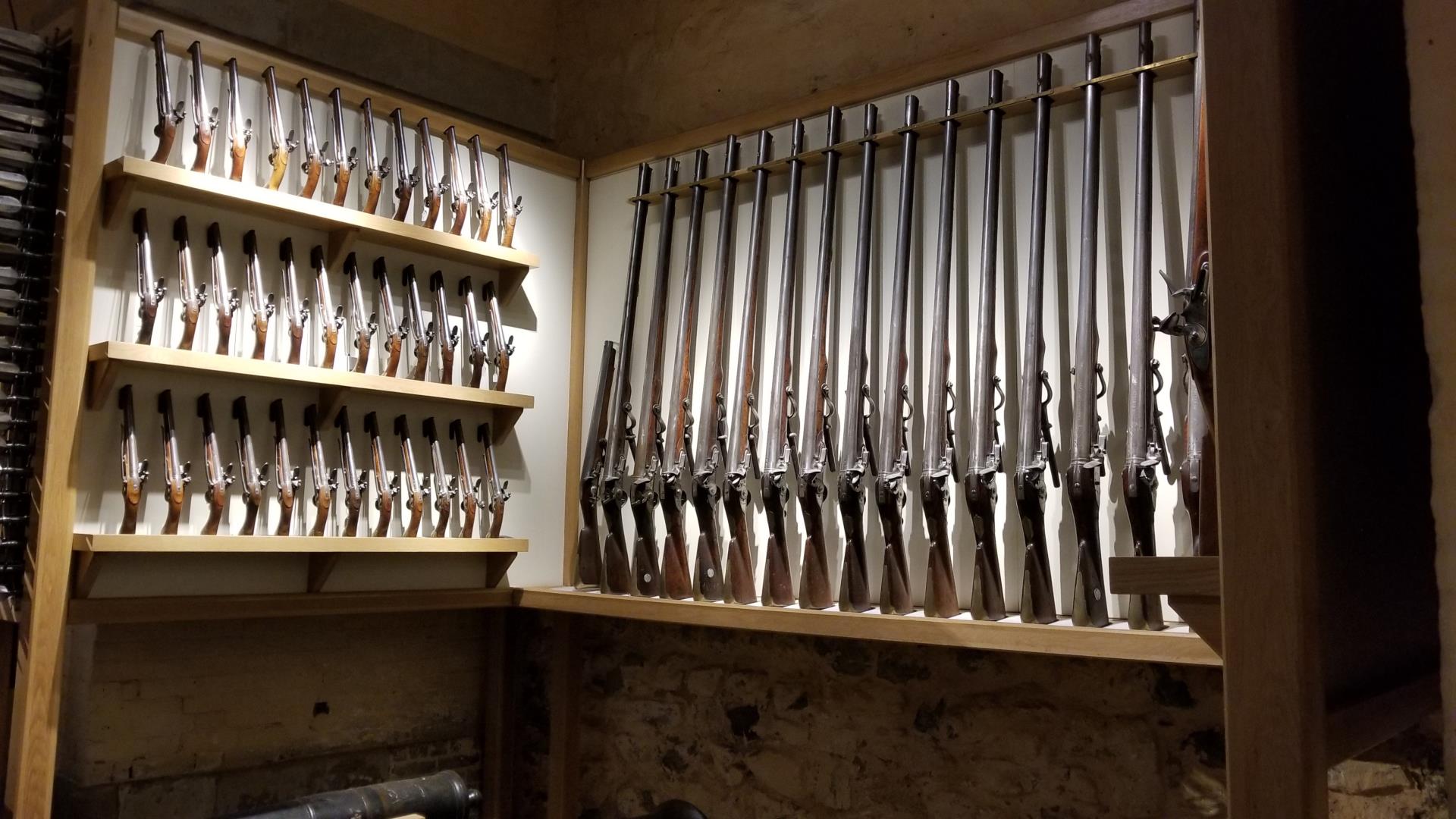 The Fusiliers Museum was nice. Lots of military history, with ribbons, uniforms, and weapons on display. The hot chocolate in the cafe was wonderful.

A snack at the Pret A Manger, then off on a walking tour of the City of London. Walked through a bombed out church, and stopped in the church that Sir Christopher Wren called home. Beautiful with the round alter in the center. Continued, seeing old and new. The Cheese Grater and the Gherkin buildings were very impressive up close. Leadenhall Market was nice. We did not stop in and look, but just walked by it. 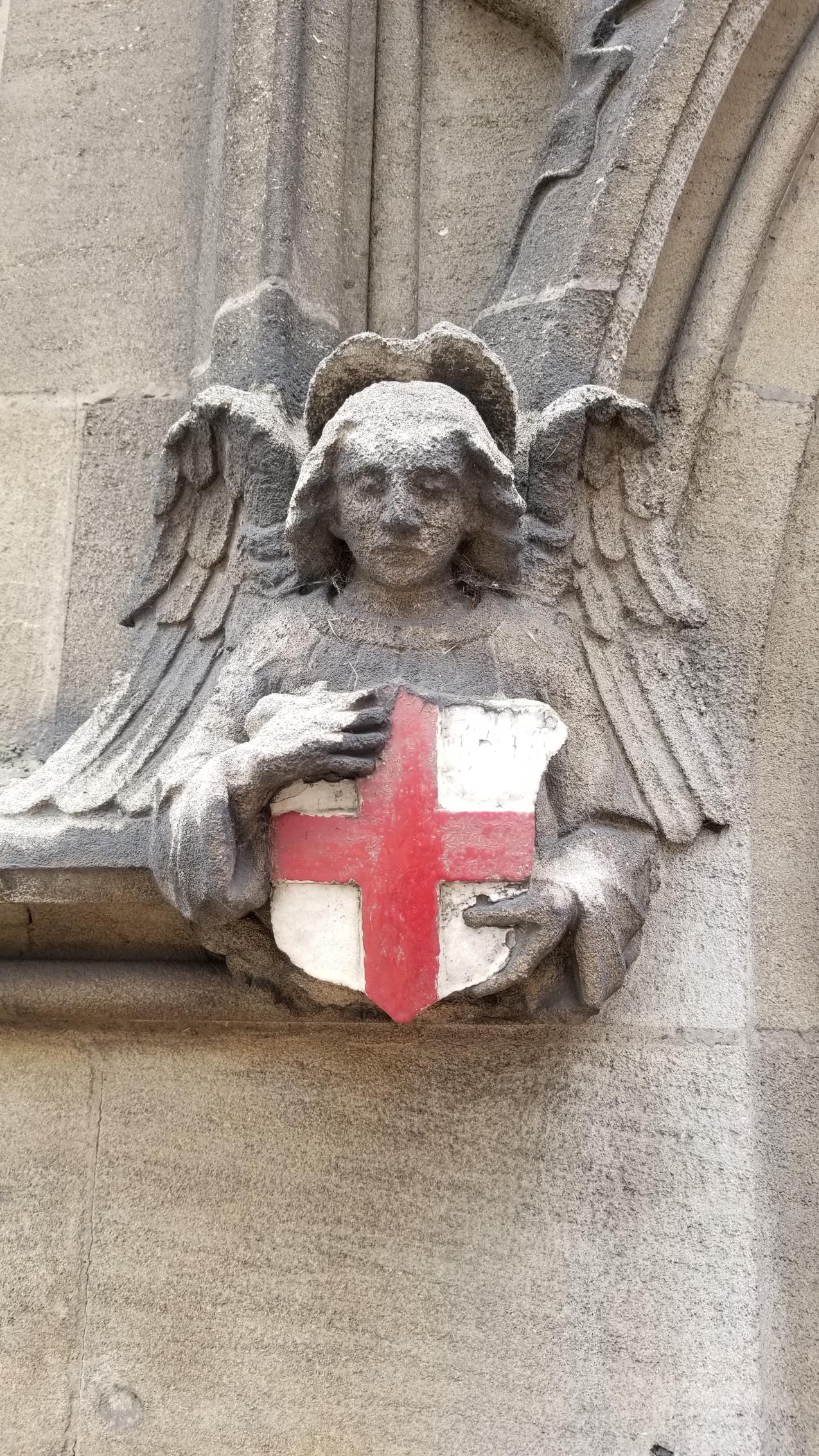 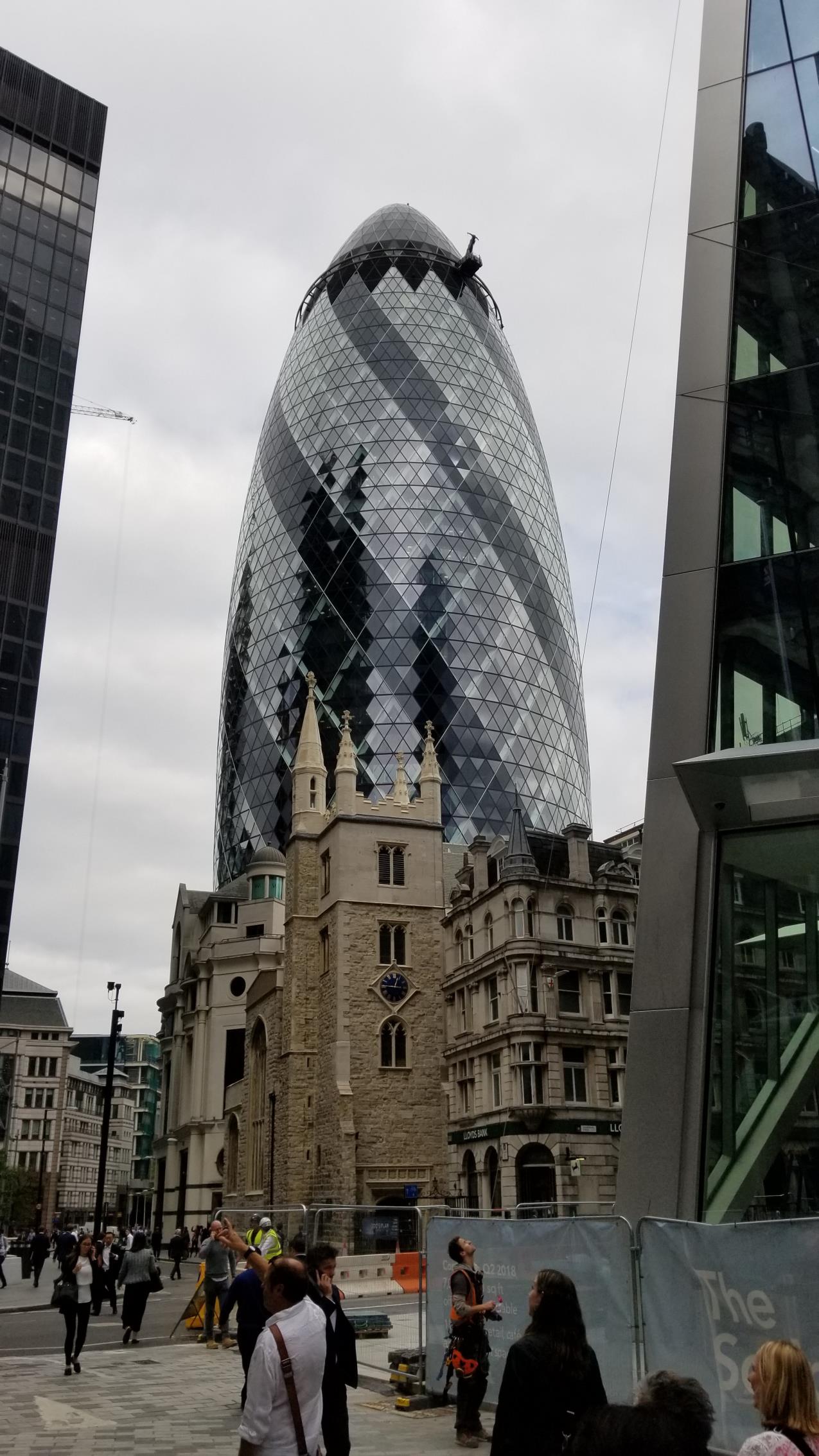 Over to the Montague On The Gardens for afternoon tea, which was lovely and yummy. Finger sandwiches, scones with raspberry,and yummy little desserts. The bathrooms smelled of fresh flowers, unlike the pub the other night that smelled of other things.

Over to the British Museum to end our tour day. The Rosetta Stone was there. I remember seeing it in books, but seeing it up close was special. Lots of Egyptian statues. They also had pocket watches. These were from the late 1500's. Again, there is no cost to view these, thanks to the British tax payers.

Walked to Covent Garden with our tour friends Bill and Linda. Ate at Wildwood which was very good. We stopped at another restaurant first, but could not read most of the items on the menu, and what we could read we did not want to eat!

Walked back through the nightlife of London. China town also. 24,216 steps for the day.