Westminster and The National Gallery

Downstairs to breakfast, and then meet the group for 9:00 AM. 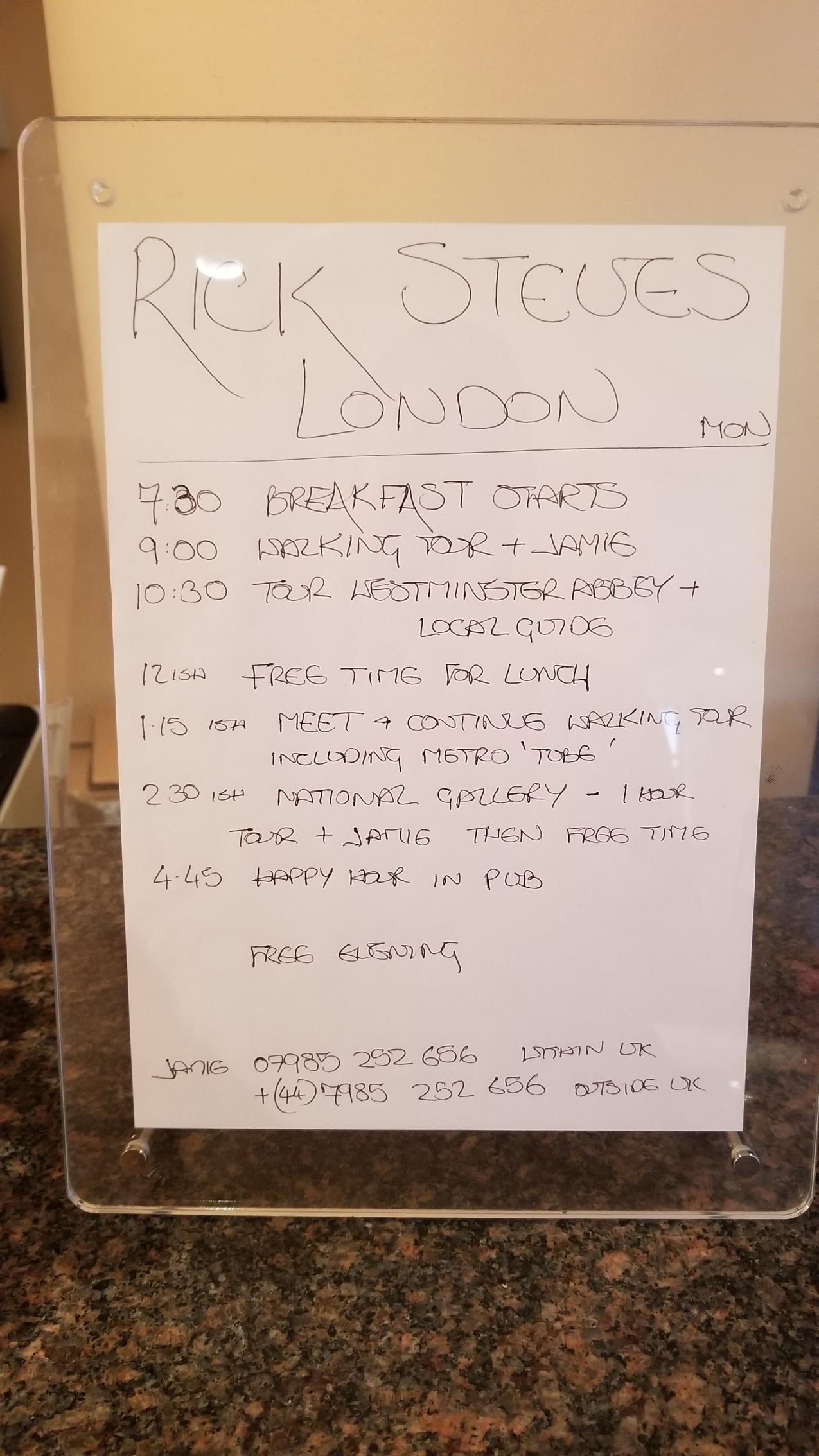 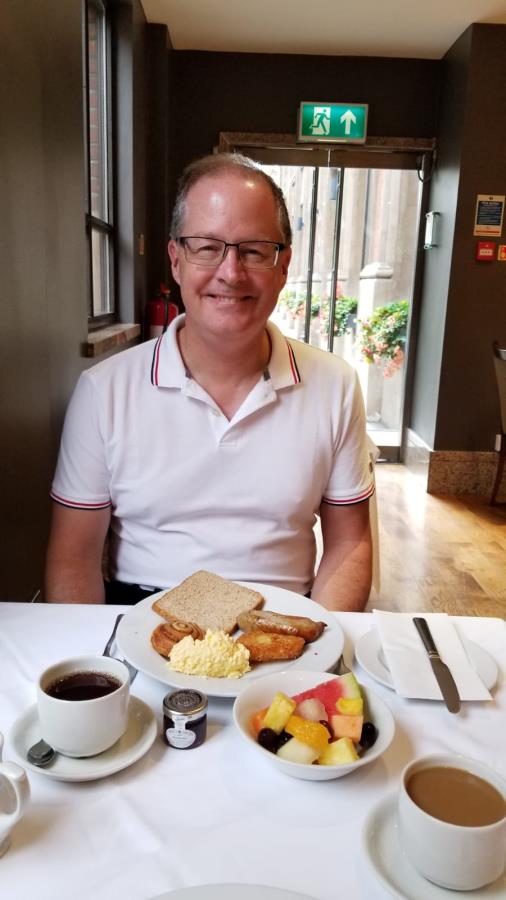 And off we go! Walked past Buckingham Palace, on our way to Westminster Abbey. Jamie gave us more info as we walked along about London history. At the Abbey, we were able to enter the group tour entrance, and had another guide give us the tour. What a magnificent structure. The stained glass, the marble engravings written in Latin. The Quire where the choir would sit. That was a beautiful blue. The people buried in the Abbey you walked on, as their gravestone was part of the floor. The kings and queens. Stephen Hawking's ashes were interred by the scientists corner, where a big monument was there for Sir Isaac Newton. Charles Darwin is also buried there. There was a poet's corner with many well known authors and playwrights. It was truly splendid. The area for the knights was also regal. King Henry built that area thinking the Tudor dynasty would go on forever. In this area, if a knight had died, there was a wreath above the seat. After a mourning period, a new knight will be selected and the coat of arms will be placed. 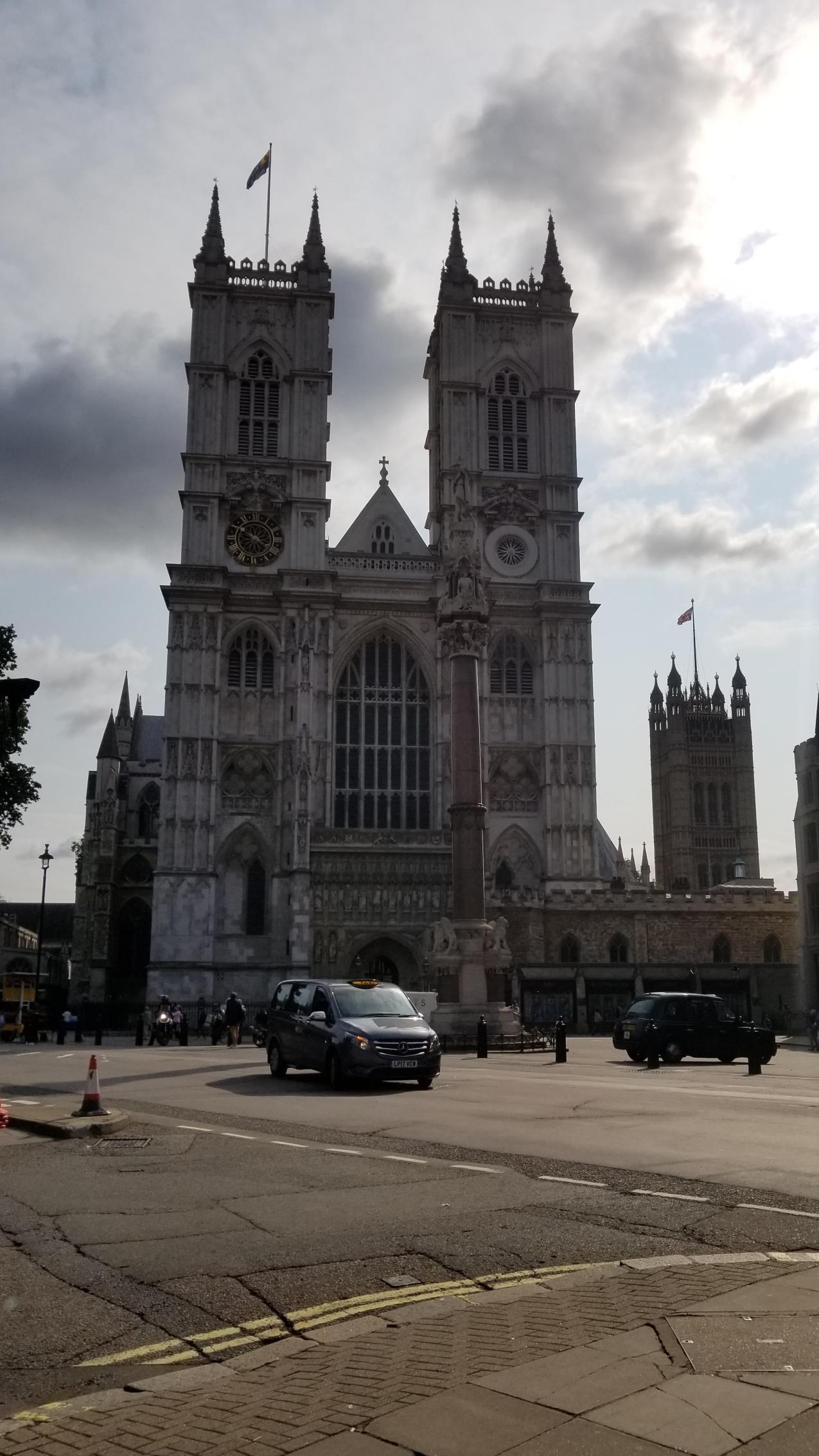 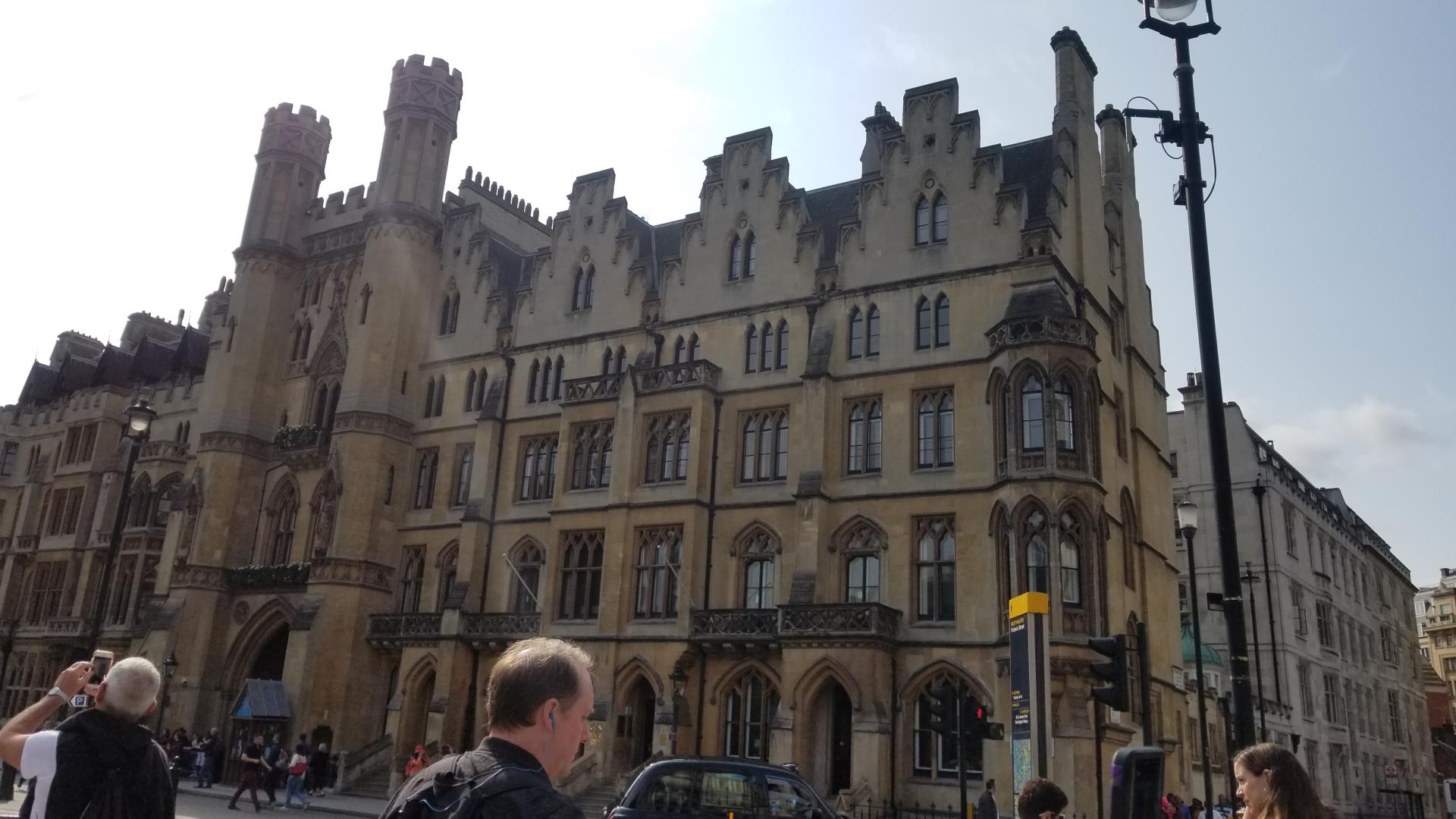 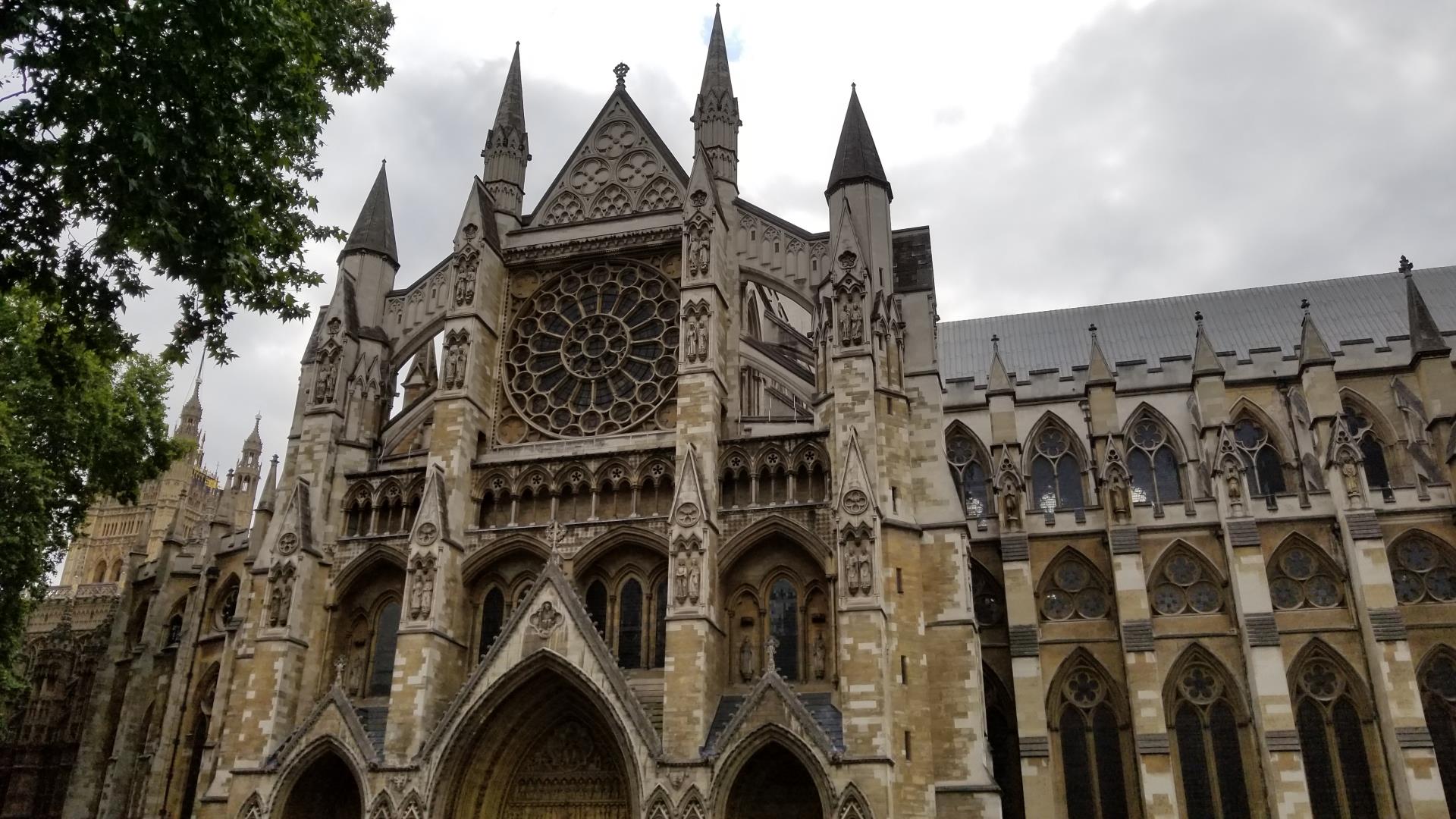 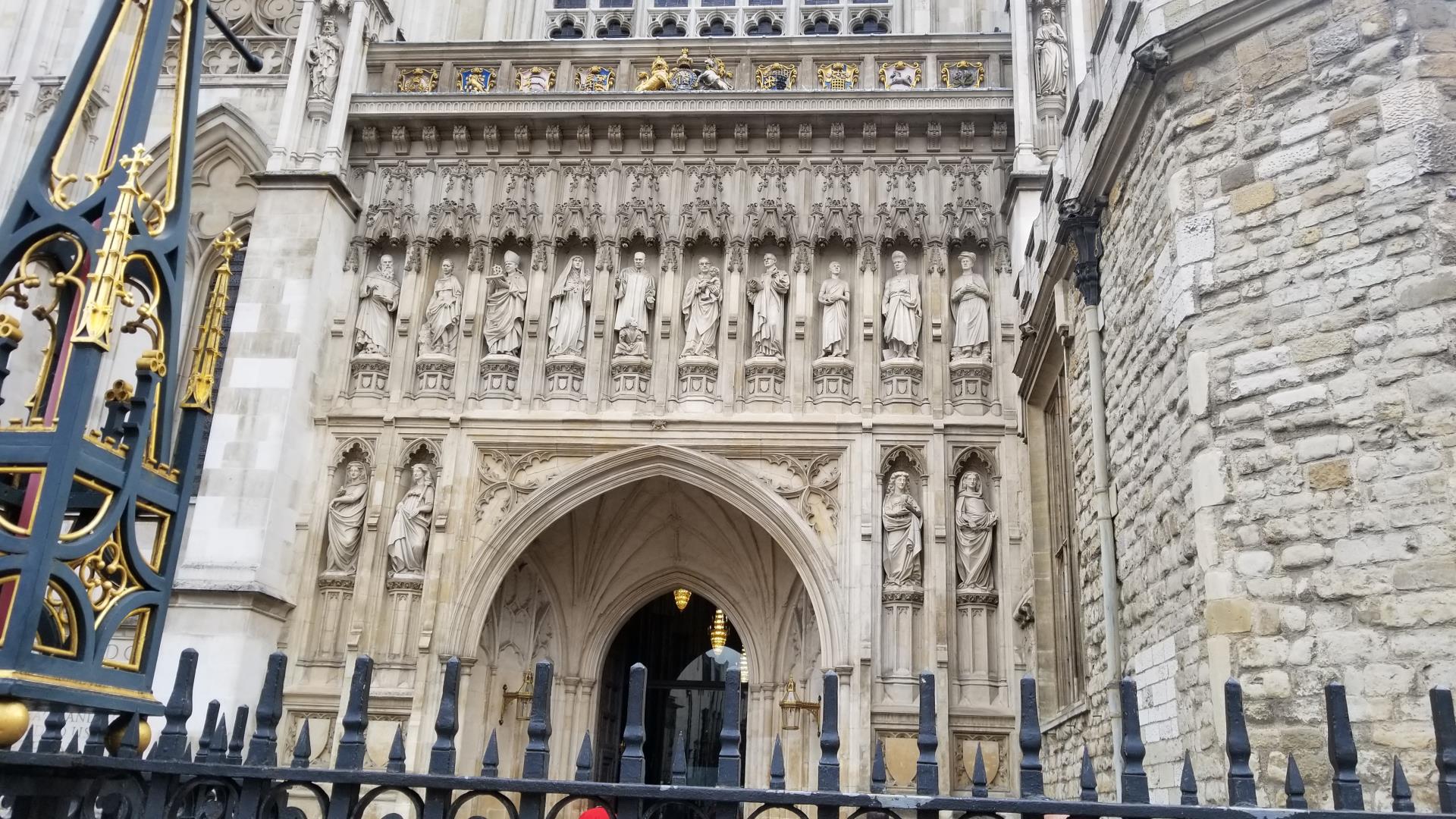 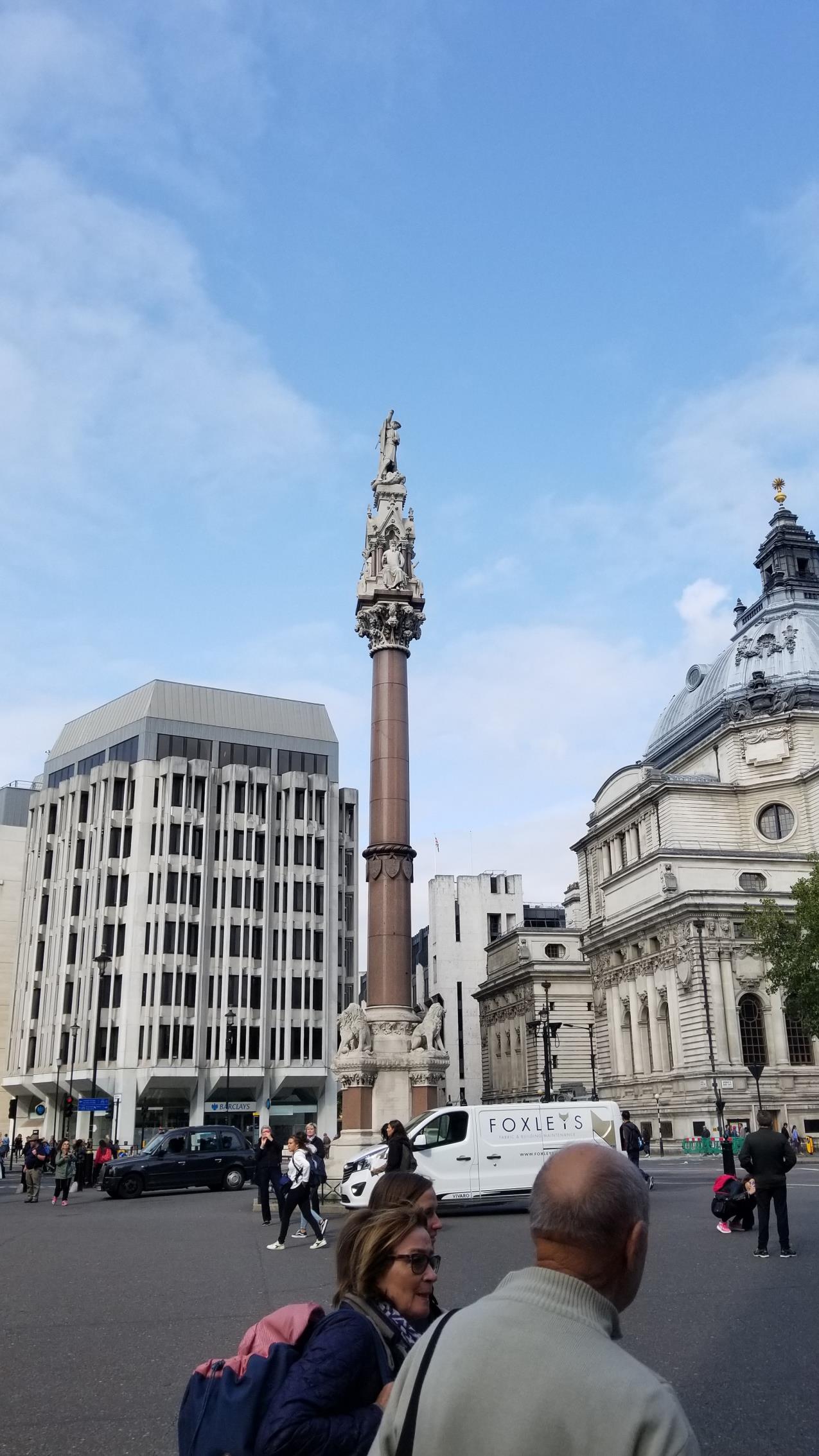 As we departed the bell was wrung for the unknown warrior. We stopped in the gift shop, then walked down to Pret A Manger for lunch. We then walked to The National Gallery, which is free. Along the way, there was a guy playing the bagpipes.

We also went by a monument for Charing Cross.

At the National Gallery, we looked at a number of paintings. Jamie started us in a chronological fashion, and explained how the paintings progressed over the centuries. We left the tour early, as I needed to sit for a while and have a snack. We then went back up to look at some more paintings. The gallery is vast, and you can spend a lifetime looking at all of the works of art. And it does not cost you anything! The taxpayers of Britain fund the gallery for all to enjoy. 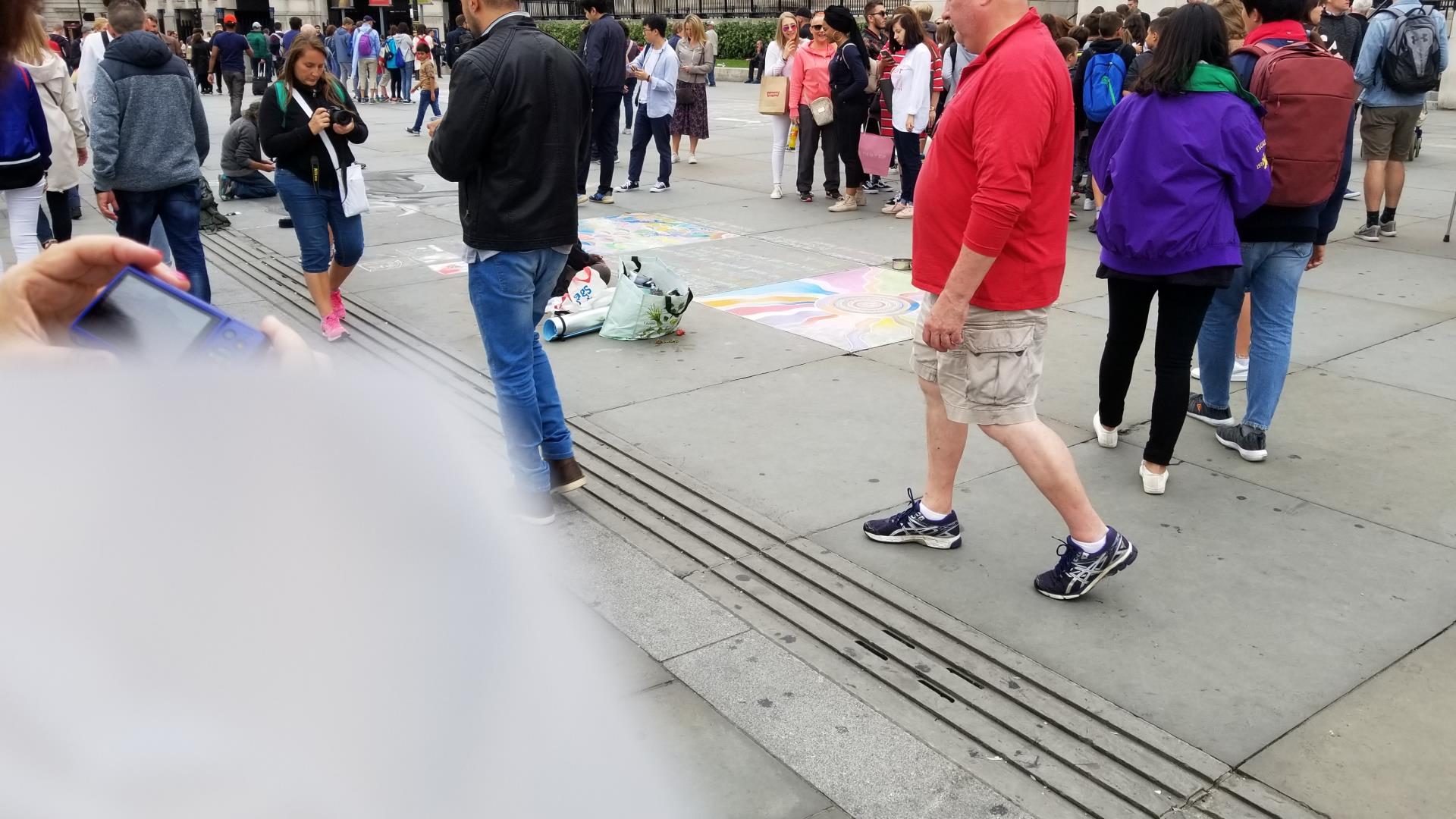 Outside the gallery, there were a number of artists using chalk to create art on the sidewalks. It was really nice to see so many people walking around, enjoying the art, and watching the artists working to create these temporary works, right outside this great gallery of art.

We walked past 10 Downing Street, and then roamed over the bridge next to Queen Elizabeth Tower, and took a ride on the London Eye. Some really nice views of London from up there. It is amazing that London is not a taller city, like New York. 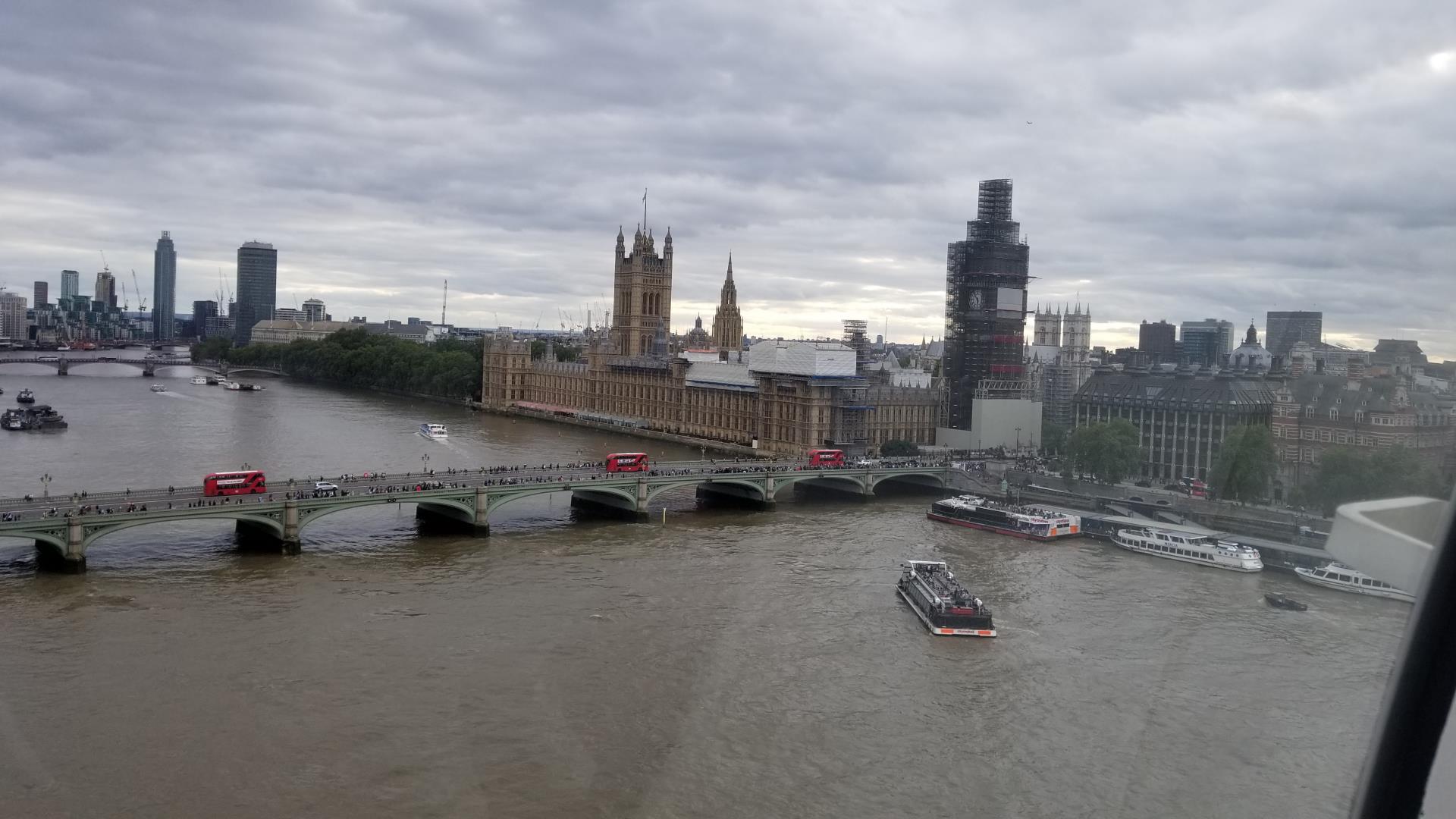 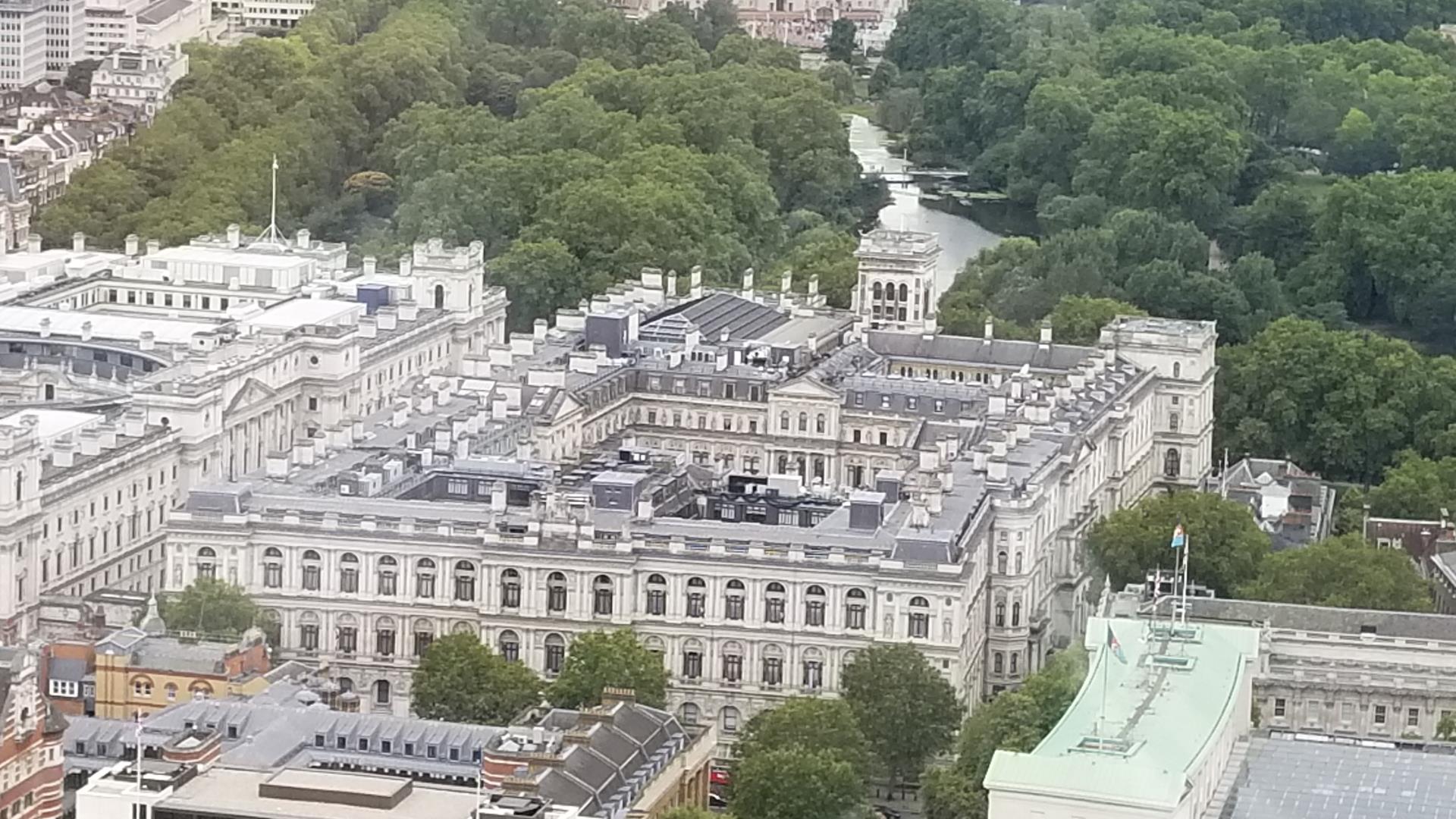 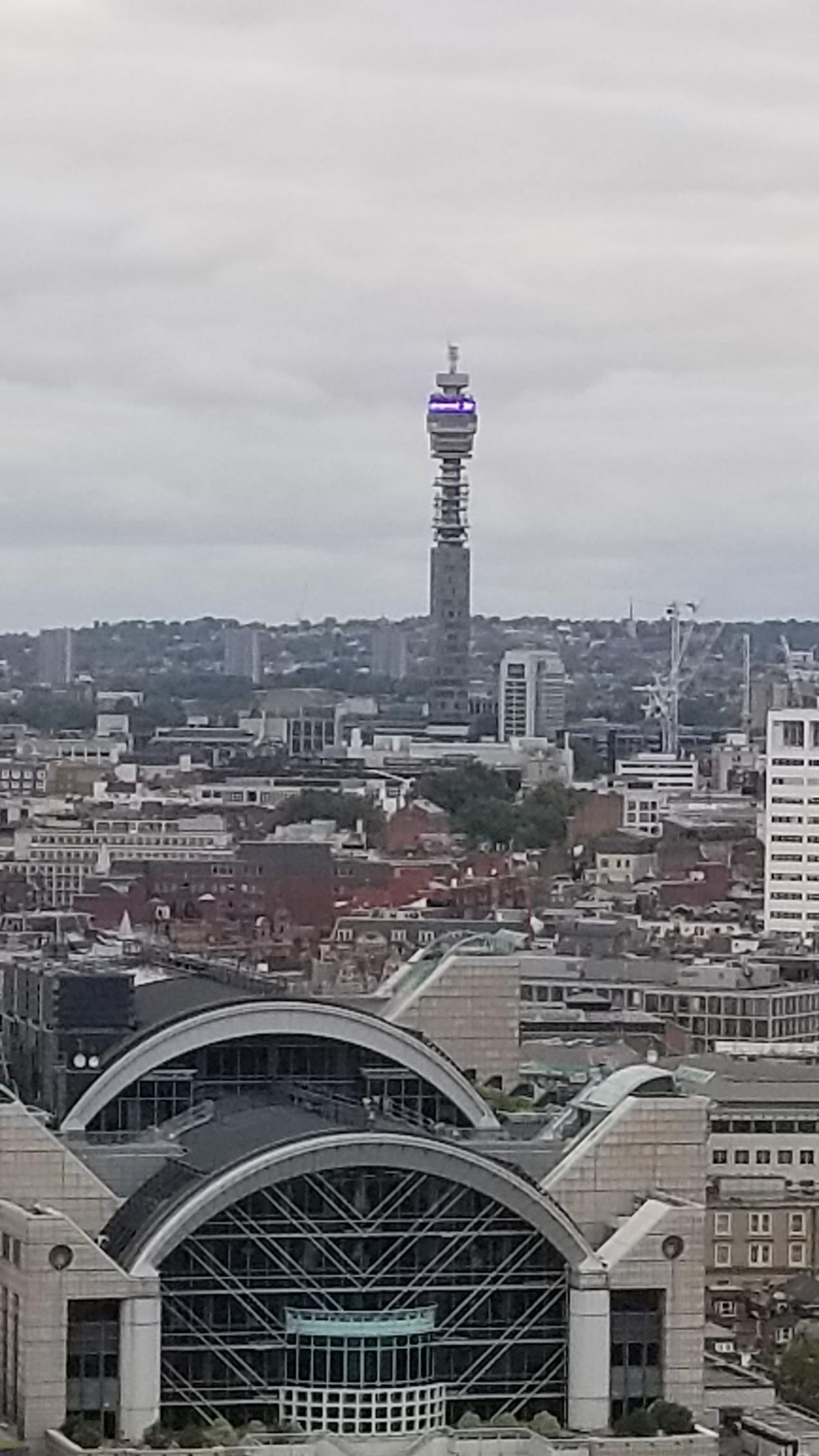 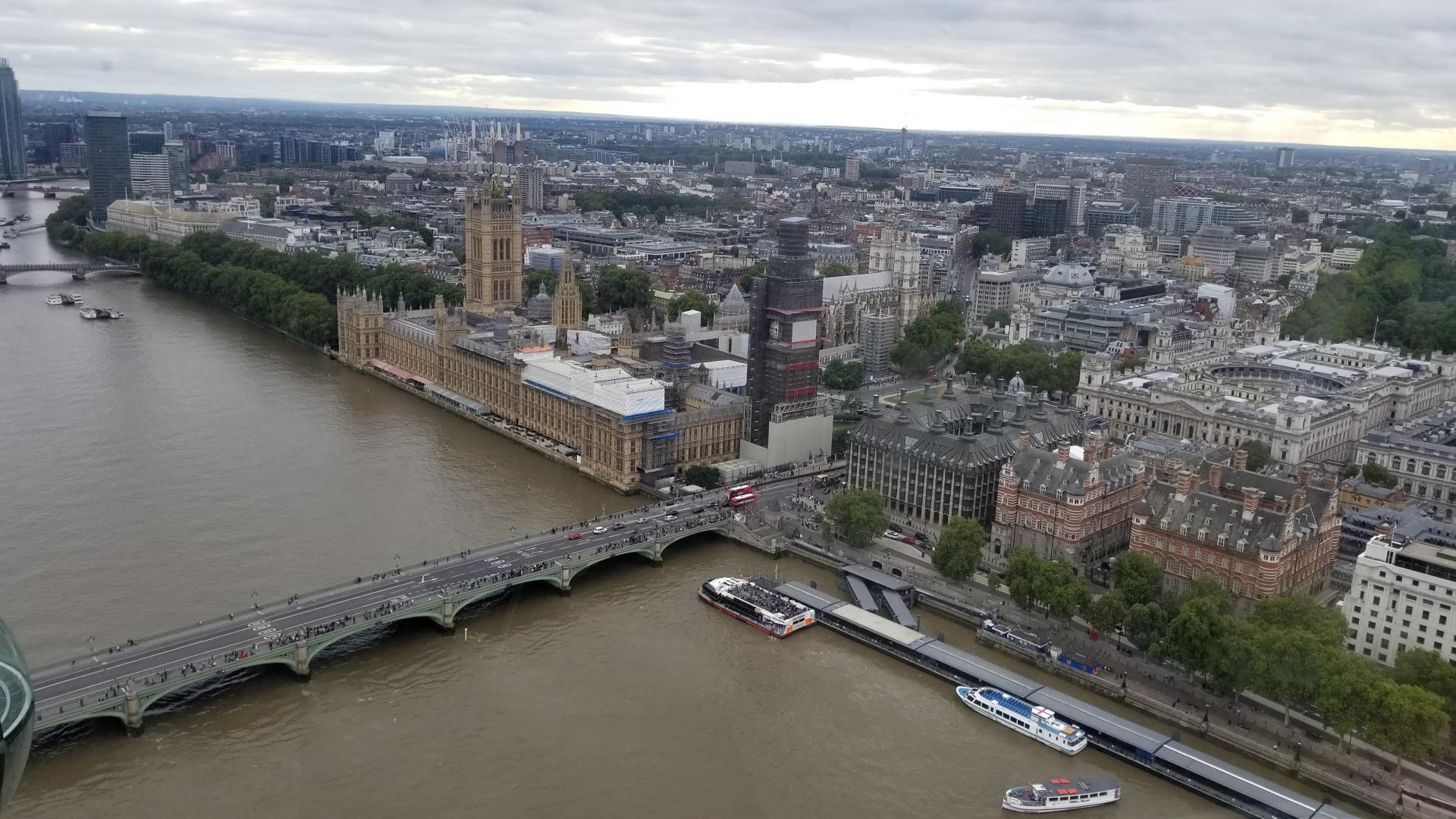 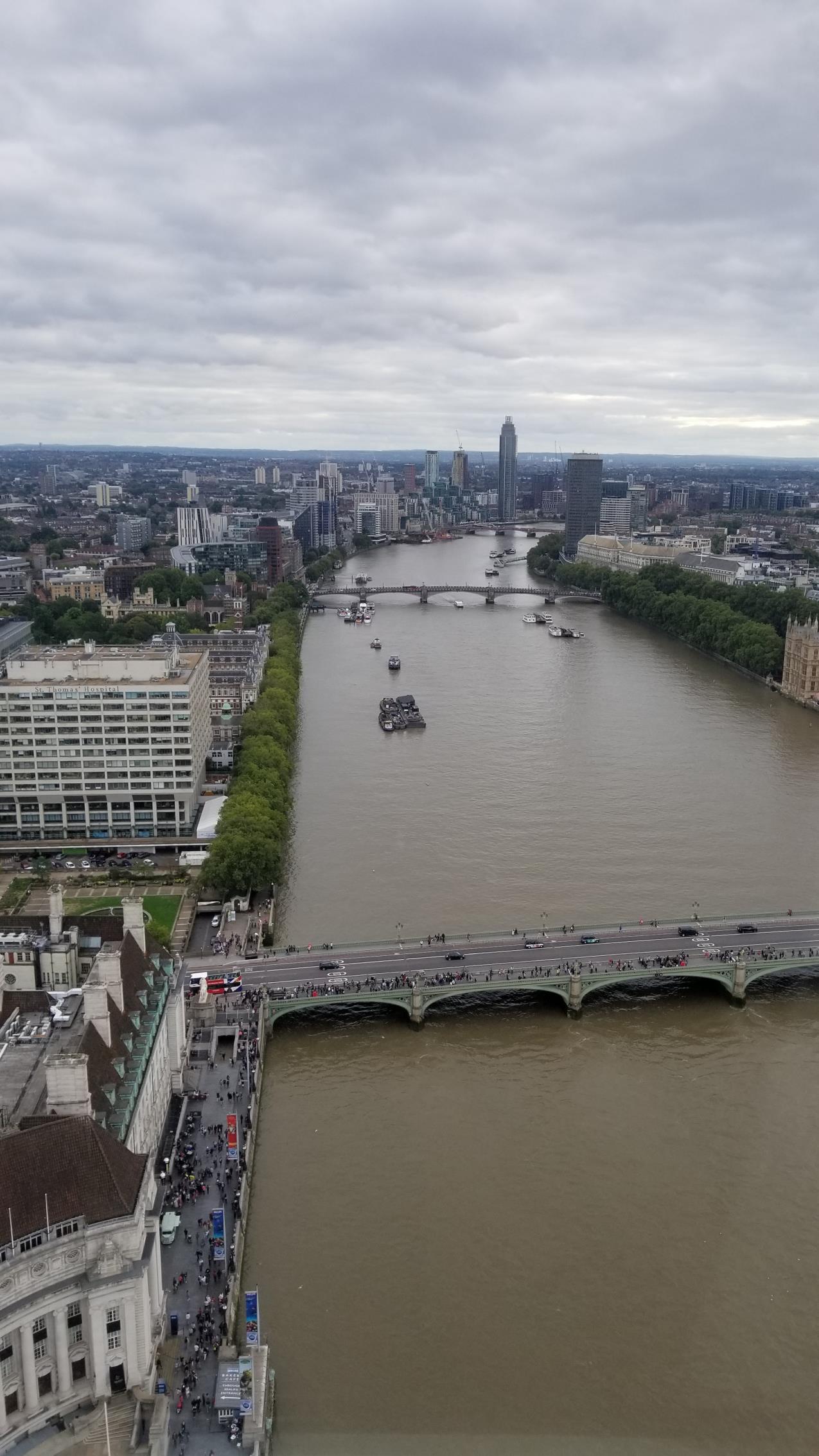 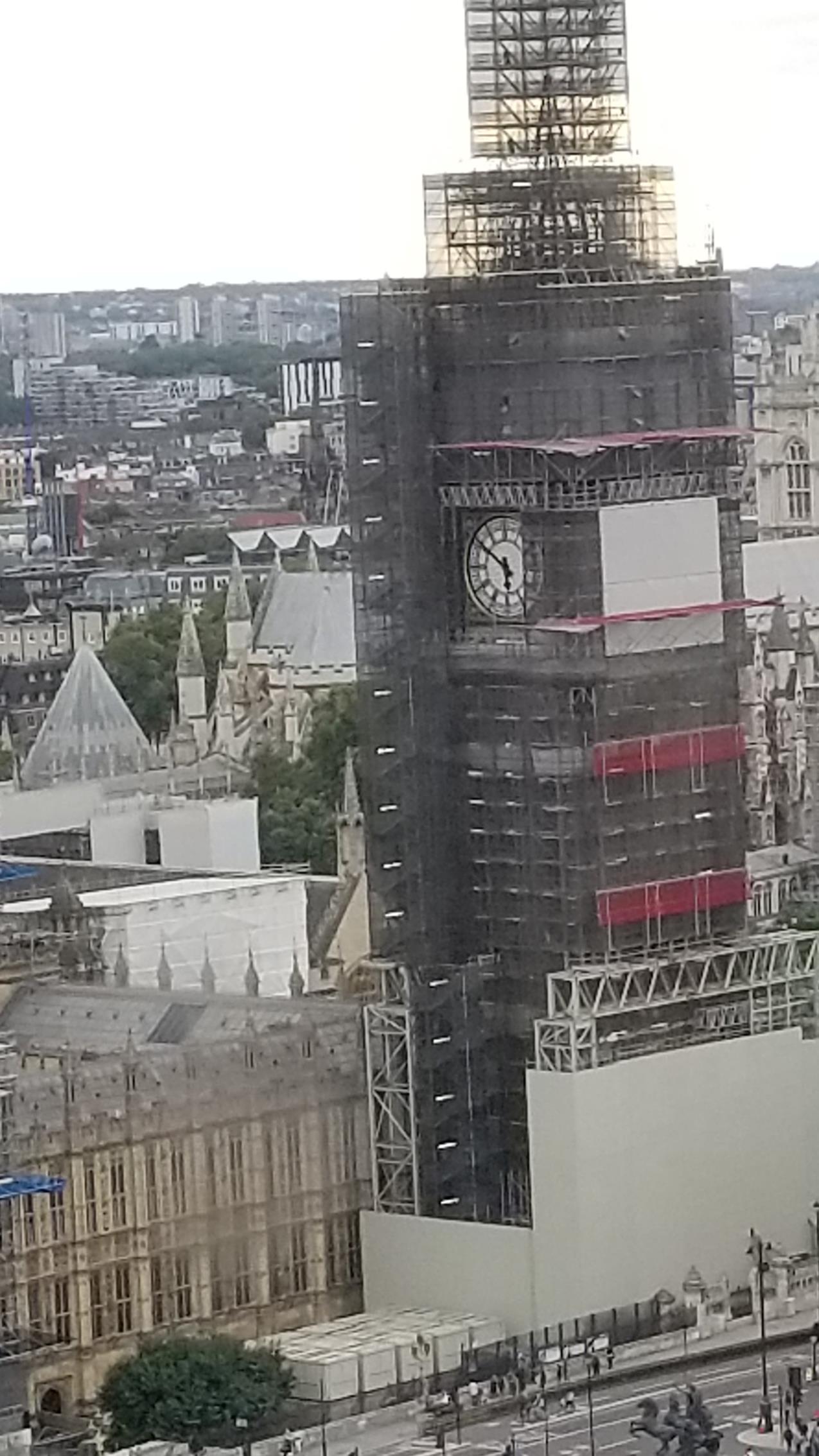 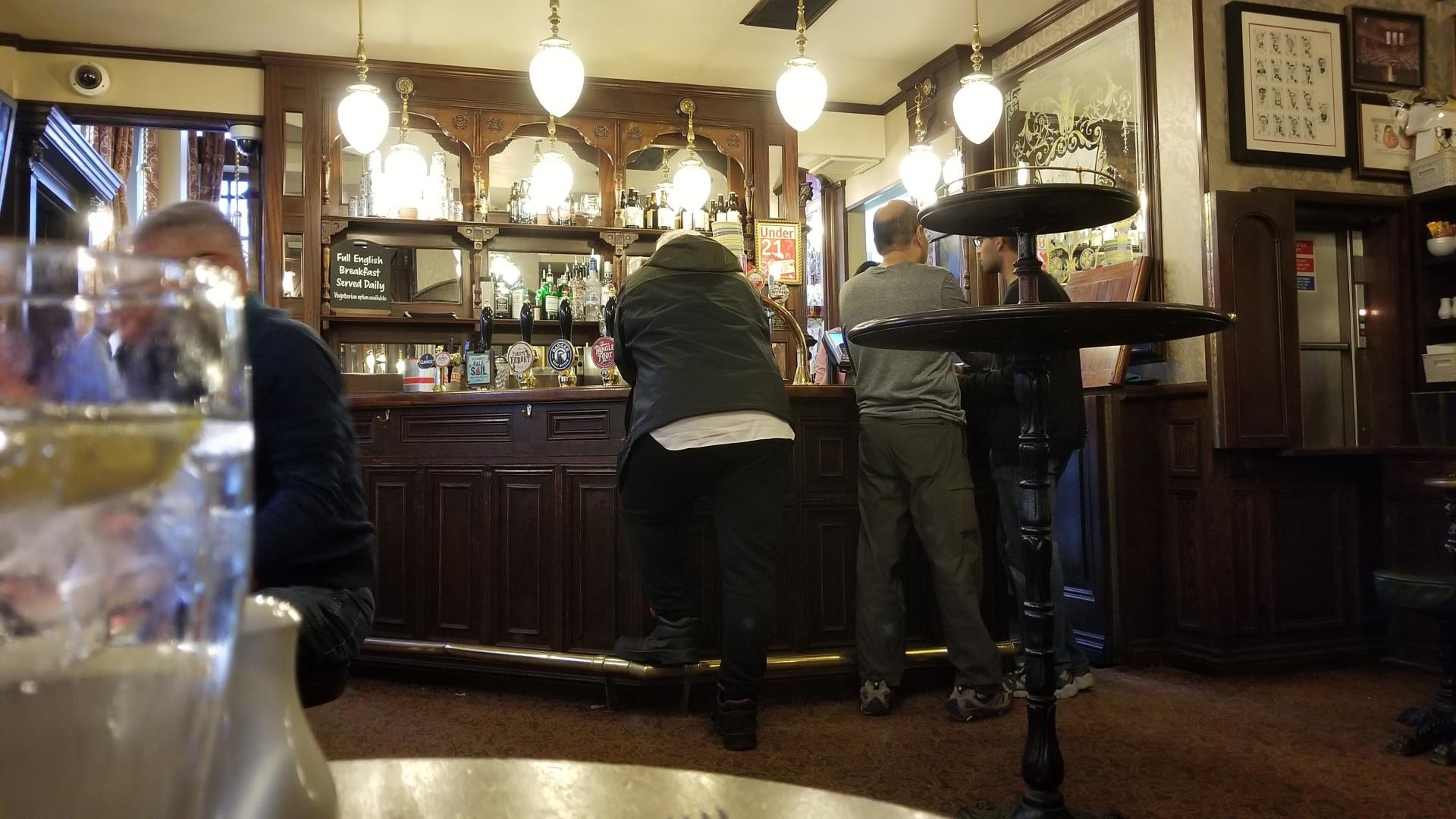 We then went to St Stevens Tavern just back over the bridge. We both had fish and chips which were scrumptious. It was the first time that I ate in a pub. A dumb waiter brought our food downstairs. We walked back to the hotel through St James Park. 19,400 steps for the day.