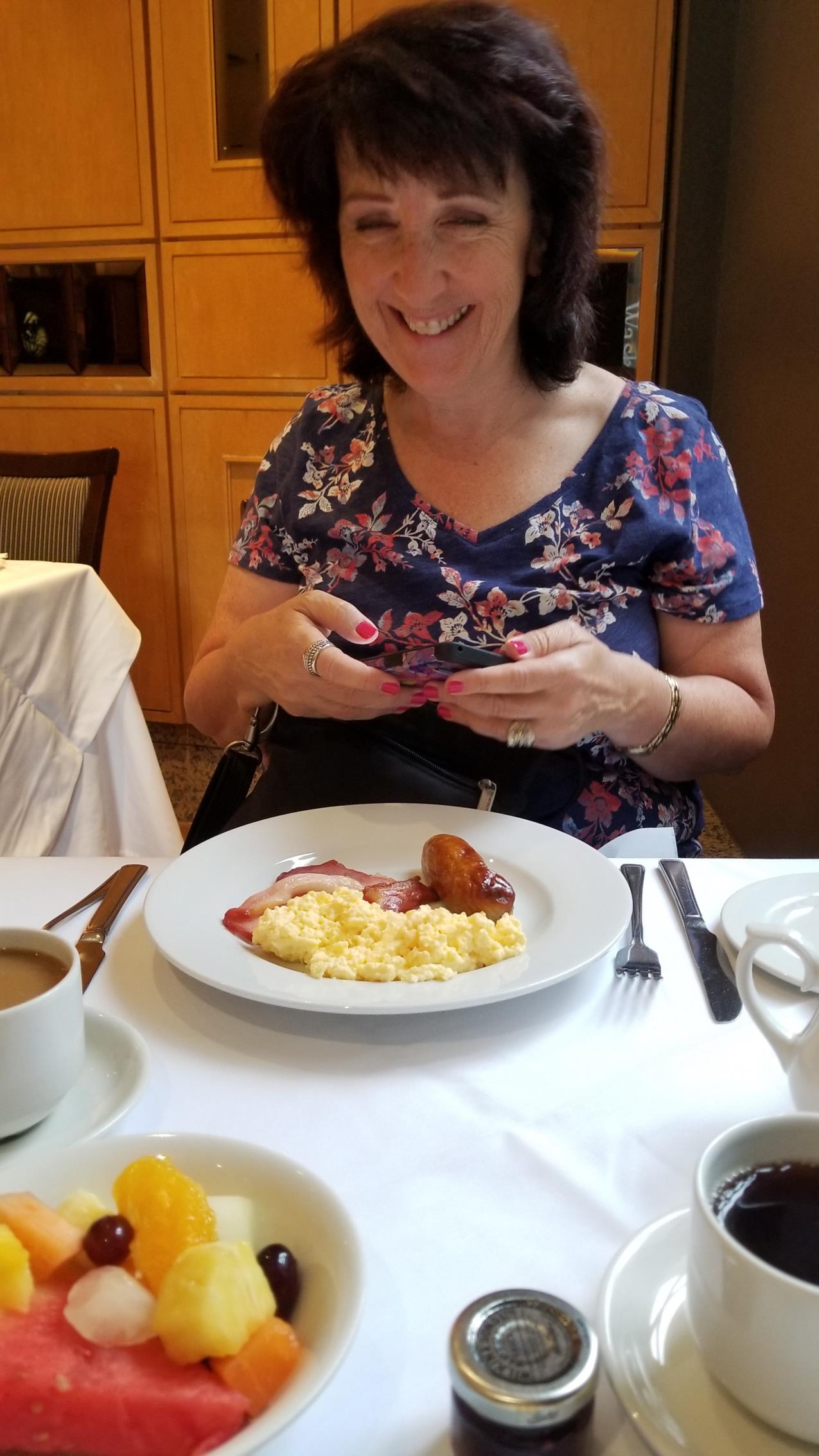 Breakfast at the hotel was really good: Cambridge sausage, bacon, hash browns, grilled tomatoes, baked beans, mushrooms, fried or scrambled eggs, pastries, toast, fresh fruit, cereal, or porridge. I had tea with mine. We walked through St James park to get over for our Royal Day Out tour of The State Rooms, The Royal Mews, and Buckingham Palace. Nobody was around, since it was early, and our tour started at 9:30 AM. 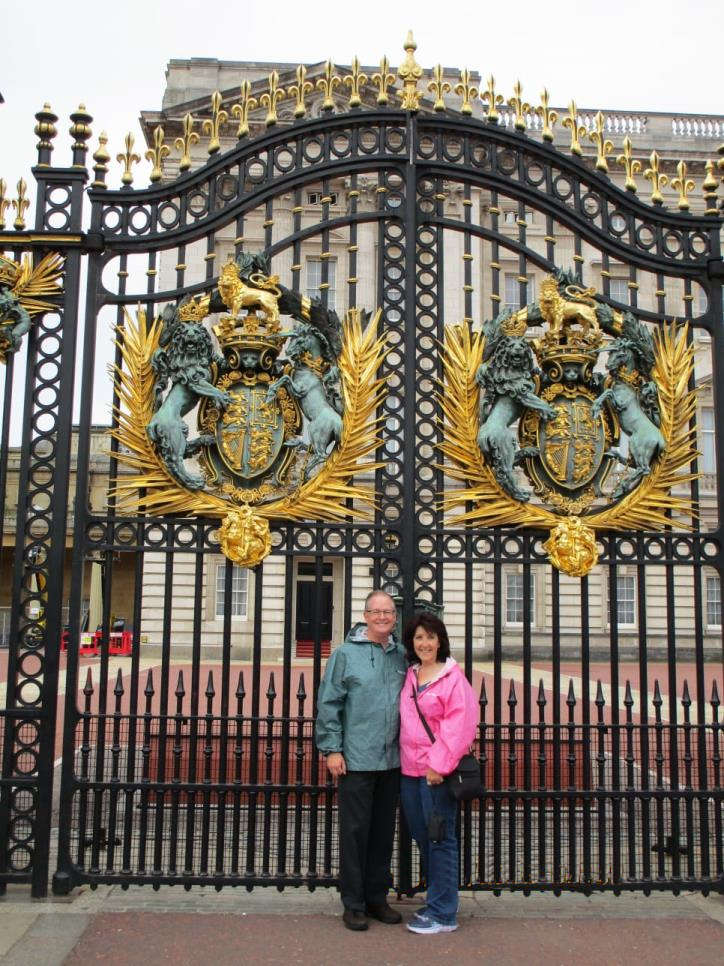 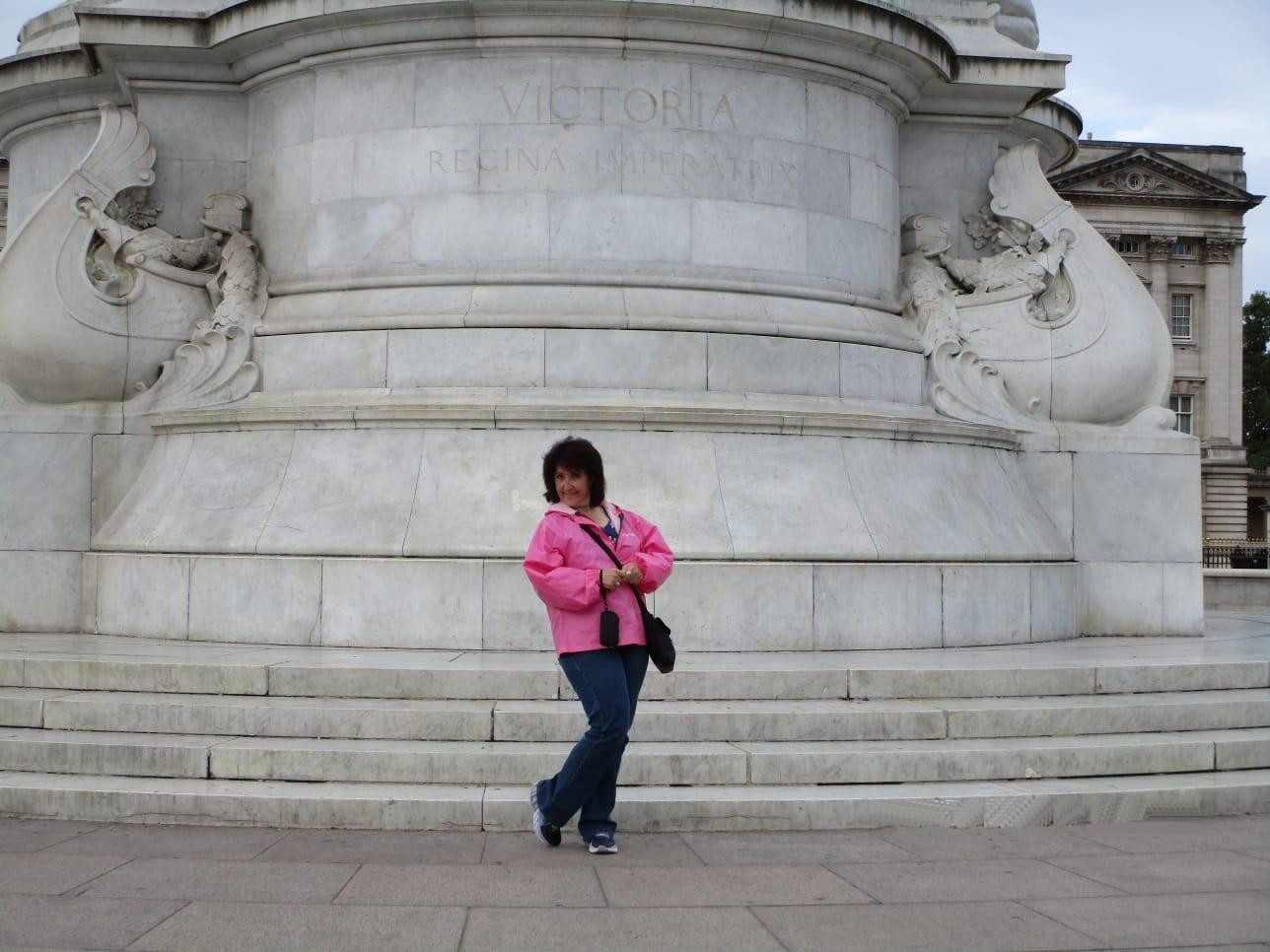 We found a small cafe for coffee, and then went over to The State Rooms to begin our tour. Lots of Indian exhibits. There was a scroll that contained the Quran. When you unrolled it, all 144 chapters were written, very small but pretty. The Royal Mews was fun. It is a mews because that is were the falcons would mew, or molt. King Henry VIII was too lazy to change the name to stables when he moved his horses into it since they had falcons for so long. Our tour guide Philip was wonderful. One fun fact that I found out was that laurels were handed out to Roman victors, so you did not want to rest on your laurels. 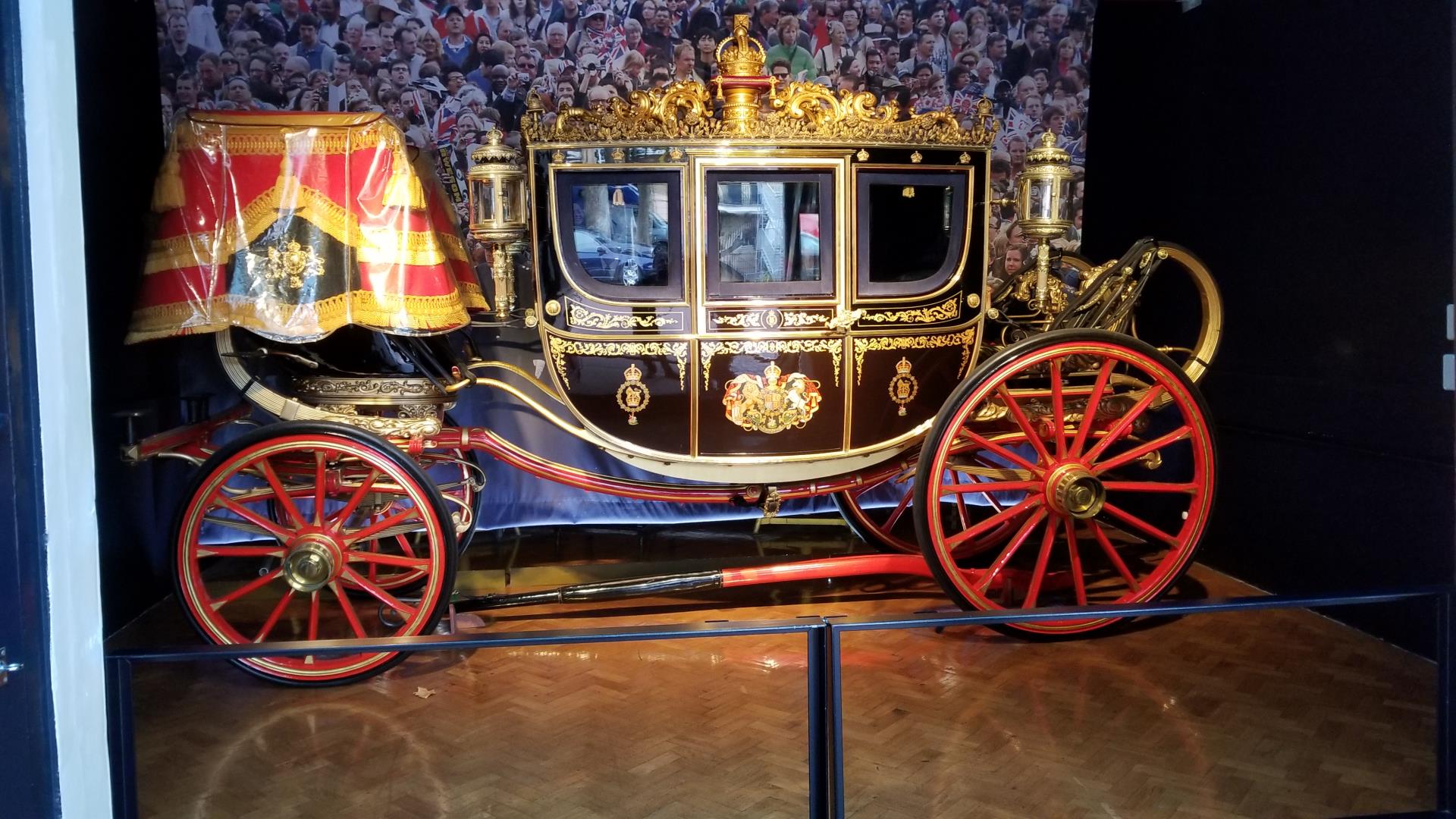 When we got in the queue for the Palace tour, the great hoards had finally descended. Once inside the palace, it was fine. Lots of paintings, grand staircases, chandeliers, fireplaces. Stopped at Pret A Manger for lunch, then back to the hotel to wait for our official tour.

We went downstairs to the dining area to meet with our tour group. Our tour guide, Jamie, met us all. We all received headsets so that he would not have to yell as we walked around London.

After introductions, we walked around the Mayfair area. It is called Mayfair because there used to be a May fair in this area. As time went on, the area was built up, and has always been a rich area. Apartments in the area go for £2,000,000 and up. One was £28,000,000.

Anyways, the church nearby has beautiful stained glass. There are blue circles on buildings were famous people were born or lived. It was a very nice walk. It did not rain too much. We walked back to the hotel, and then met up at 6:20 PM for our walk to the Shepards Tavern for supper. We both had the cod dinner. I found a few bones in mine. The lemon tart with raspberries was wonderful. I tried a London Lager. It was OK. Walked back to the hotel for the evening. 12,587 steps for the day.